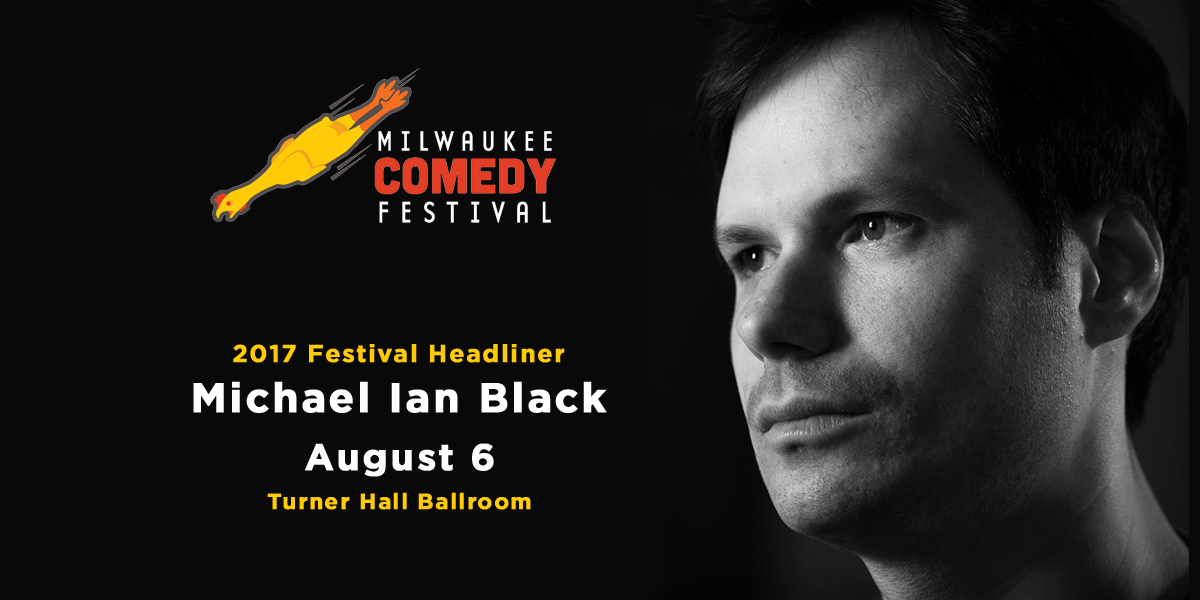 Milwaukee Comedy Festival announces comic icon Michael Ian Black as the headliner for the twelfth annual Milwaukee Comedy Festival, the states largest multi-day comedy event. Mr. Black will close out the festivities on Sunday, August 6 at 8pm at the Historic Turner Hall Ballroom (1040 N. 4th Street, Milwaukee, WI 53203). Tickets are $20 for the event and will be available beginning Friday, April 21st, 2017 via the festivals official website, www.mkecomedyfest.com, on http://pabsttheater.org/events and in person at the Pabst Theater Box Office located at 144 E Wells Street, Milwaukee, WI 53202.

Most known for his iconic work on MTV’s The State, Wet Hot American Summer, Stella, Comedy Central’s Another Period, commentator on the I Love the… (80’s, 90’s, etc) series and many more, Michael Ian Black is an actor, producer, comedian, writer and director.

“Presenting such a comedy expert and audience favorite like Michael Ian Black is very exciting,” said Matt Kemple, festival Founder and Executive Producer. “His style and quick wit are exactly the kind of talent we get excited about.”

Michael Ian Black is a multi-media talent who’s starred in numerous films and TV series, written and/or directed two films, author and commentator, and regularly tours the country performing his ribald brand of jokes and observations. He most recently starred in TVLand’s “The Gaffigan Show” and Comedy Central’s “Another Period.” He’s reprising one of his iconic film roles in the upcoming second season of the Netflix “Wet Hot American Summer” series. His third standup comedy special, “Noted Expert,” was released on Epix.

Sketch comedy fans know Black’s work on “The State,” “Viva Variety,” “Stella” and “Michael and Michael Have Issues,” all of which he co-created, wrote and starred in. Other TV credits include quirky bowling alley manager ‘Phil’ on the NBC series “Ed,” and his hilarious commentary on cable’s “I Love the…” series. He recently starred in two hit web series that migrated to cable TV: “Burning Love” on E! and “You’re Whole” on Adult Swim. Movie roles include “Slash,” “Smosh: The Movie,” “They Came Together,” “Hell Baby,” “This is 40,” “Wet Hot American Summer,” “Take Me Home Tonight,” “Reno 911!: Miami,” “The Ten” and “The Baxter.”

The Milwaukee Comedy Festival was founded in 2006 in an effort to cultivate an active comedy community where artists can hone their craft, create new and exciting comedy, as well as foster an inviting environment for audiences and performers alike.