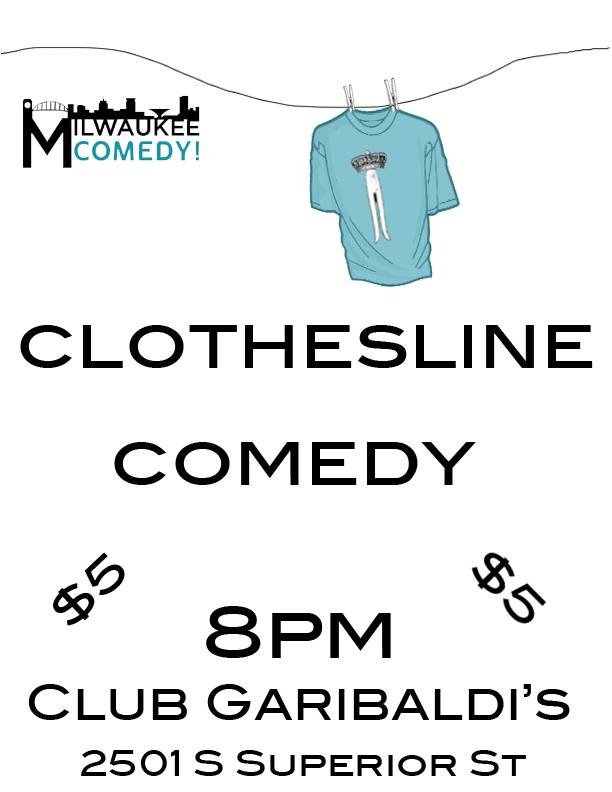 Steve Breese is at it again.

He regularly sets up local, regional and even national comedy talent through his First Saturday SockiTumi Comedy Hour and insightful interviews with such up-and-comers as Sam Morril.

As Tyler Maas reported in the Milwaukee Record, Steve has been responsible for bringing more high-stature comedians to perform in Milwaukee, including Godfrey and Nick Thune.

As Steve quips, “It’s the Dryer Side of Milwaukee’s Comedy Scene!”

Clothesline Comedy keeps the laughs hanging in Milwaukee at Club Garibaldi’s. You can catch these rising stars seen on television shows like Laughs on FOX and Comedy Time. The showcase will also feature some hot and fresh regional comedians.

The lineup for this Saturday’s show includes: