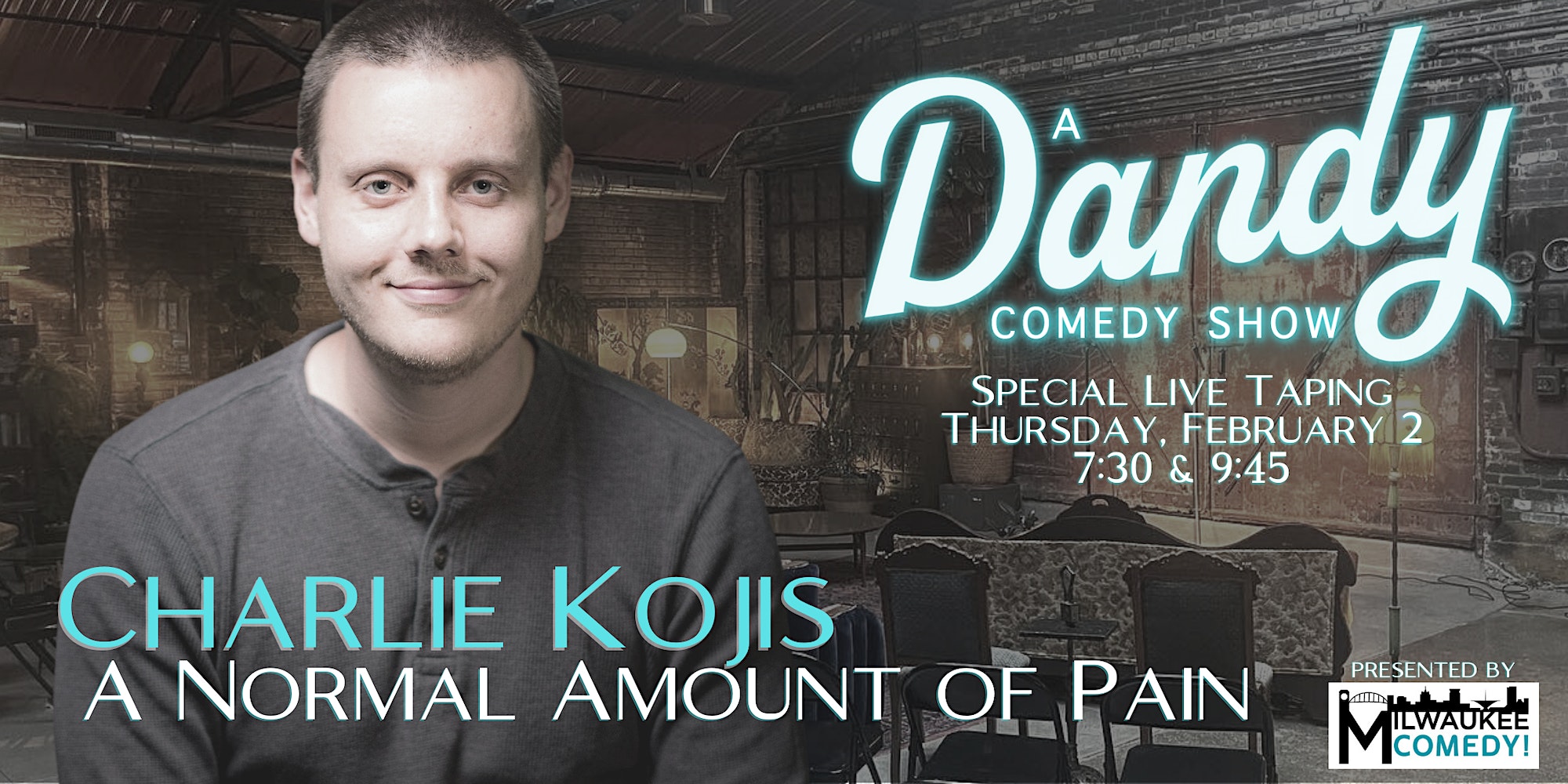 Charlie started stand up in Madison in 2014, quickly winning the Madison’s Funniest Comic Competition at Comedy on State in 2016. Since then, he has been featured in the Flyover, Beast Village, Great Spirit, Cream City, Floodwater, Madison Comedy Week, and Limestone Comedy Festivals and opened for acts who include Michael Che, Nate Bargatze, and Tig Notaro. Join us as Charlie puts those first eight years of comedy into two hour-long performances this Groundhog Day.

Tickets are only $10 for this special live taping!! Seating is limited!

Dandy – Stuff for sale. Style for hire. Space for rent.

Dandy is a dream that somehow came true for its owners, Ryan and Jess (Day + Anderson = Dandy). Since October of 2017, the couple has preserved and transformed their old Milwaukee space into a jack-of-all-trades hot spot. Vintage furniture/décor/clothing in the front, event/production/performance space in the back. Getting married? Have an event? Want to collaborate? Get in touch! 414-982-5020 | shop@livedandy.com | @livedandy