Andrew Frank at The Laughing Tap 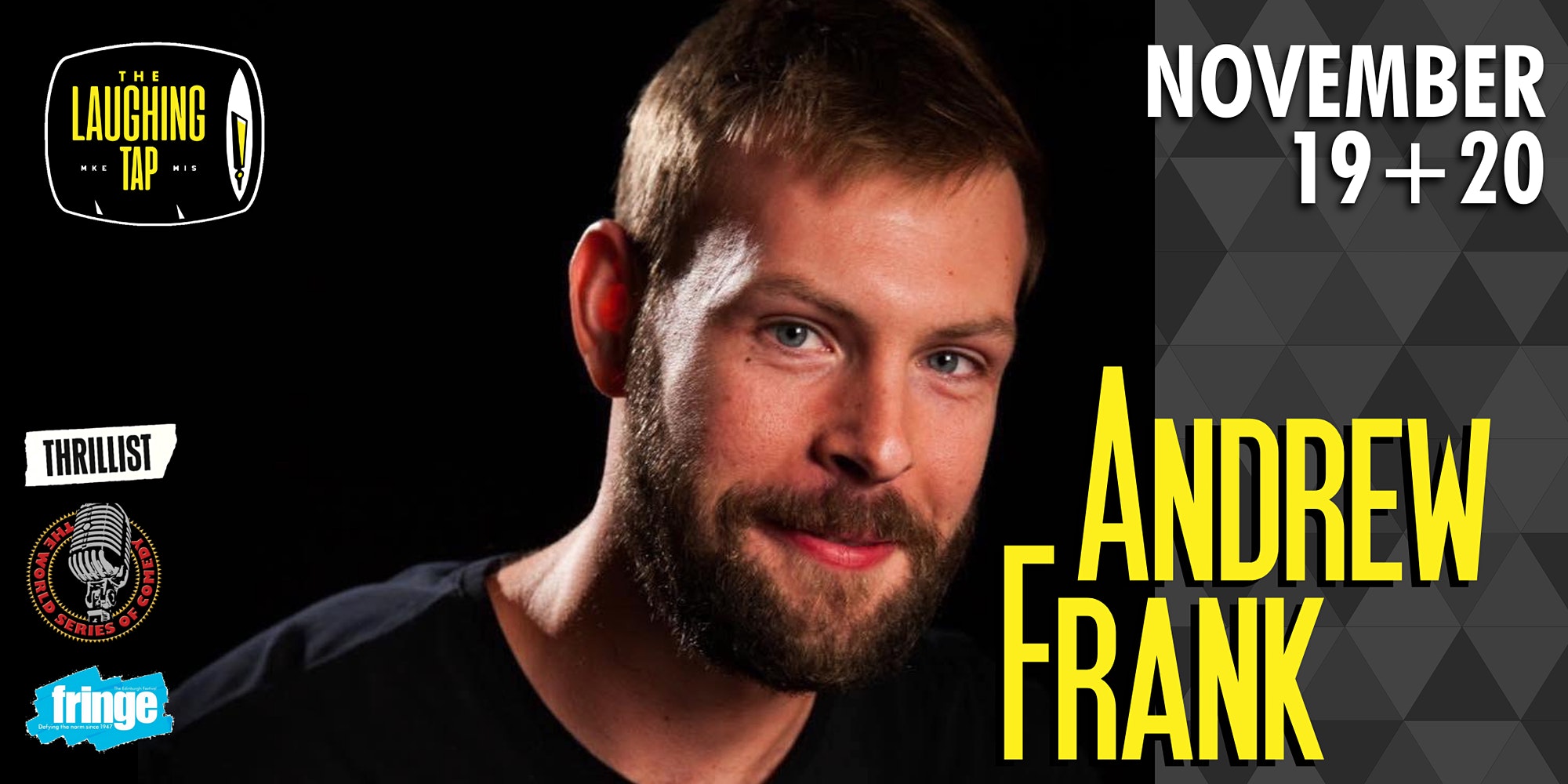 Andrew Frank is a comedian based out of Seattle, WA. His cerebral, imaginative style and relentless ethic have resulted in twelve tours spanning a total of 285 cities and 11 countries. His love of language, philosophy, sociology, biology, psychology, anthropology, and cosmology are on full display each time he takes the stage. He was a semi finalist in the 40th Annual Seattle International Comedy Competition, the winner of the 2019 Laugh Off at Laughs Comedy Club-Seattle, the winner of Go Bananas Comedy Club’s Funniest in Cincinnati 2016, and the runner up of Trial by Laughter 2015. He has performed in the Laughing Devil Festival in New York City, Cape Fear Comedy Festival, Cleveland Comedy Festival, Vancouver Fringe Festival, Edmonton International Fringe Festival, St. Louis Fringe Festival, Pittsburgh Fringe Festival, Midwest Fest, Flyover Comedy Festival, World Series of Comedy, Milwaukee Comedy Festival, and the Edinburgh Fringe Festival. He was recently named one of the Best Undiscovered Comedians in America by Thrillist Magazine, and has toured in France, Germany, Austria, Czech Republic, Slovakia, and Estonia. He has opened for Anthony Jeselnik, Nate Bargatze, Kevin Nealon, Chad Daniels, Jake Johannsen, and many other great comedic minds throughout his 13 years of performing. His first hour special called Macrocosm was independently filmed at the age of 23, and may be seen for free on YouTube. His second hour Andrew Frank: Cognitive Goof was performed at all 25 days of the 2019 Edinburgh Fringe Festival. He will be returning to Edinburgh 2020 with his third hour Andrew Frank: Humor Sapien.