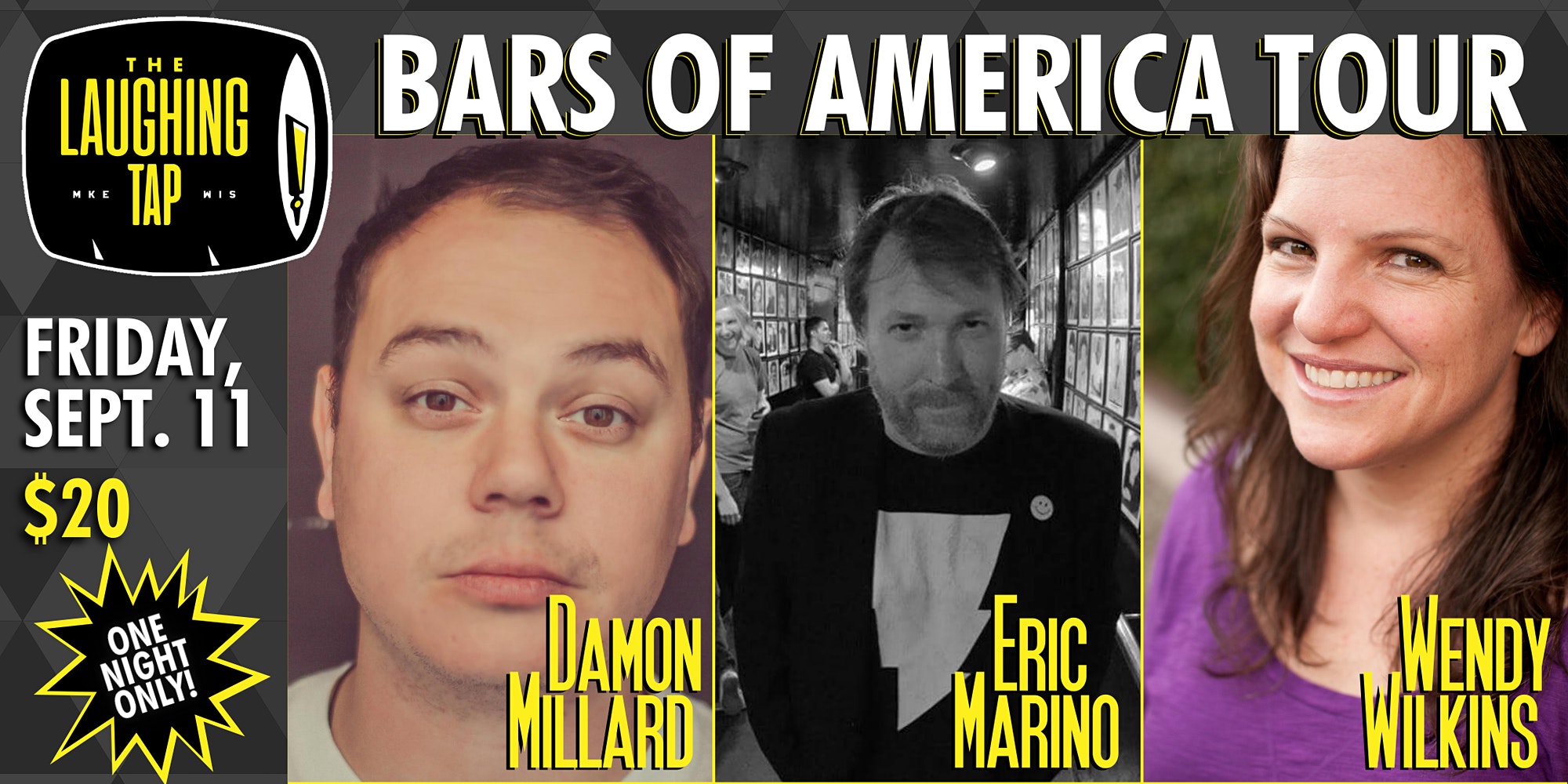 Originally from Upstate New York, Wendy Wilkins is a 25-year veteran of the industry, having performed stand-up all over Los Angeles, Chicago, upstate New York and the West Coast. Her brash style comes from her years of battling sexism and misogyny, while also enjoying the company of younger men who adore her.

In LA, she performs at the big clubs like the IMPROV, ICE HOUSE, WESTSIDE COMEDY and FLAPPERS. On the road, she opens for Ian Bagg and Eddie Pepitone and features for Laura Hayden and Mary Kennedy.

In August (right now), Wendy is a part of the Burbank Comedy Festival and in 2019 has been a part of the Laugh Riot Grrrl and Valley Comedy Festivals. In the past, she’s been a finalist for the 2009 Funniest Female in Southern California and won the 2nd Uncle Clyde’s Comedy Competition in 1998.

Erik Marino is an Emmy-nominated, Peabody Award winning writer who can make anyone 17% Funnier. His jokes have appeared on Weeds, Saturday Night Live & the episode of Ellen where she came out of the closet

Damon Millard is a sharp, thought provoking stand-up comic who mixes story-telling, quick wit, and bizarre observations of everyday situations into a laugh riot performance. Think of his comedic style as Lee Harvey Oswald meets Patton Oswalt. Dripping with charisma he’s an unapologetic white-trash persona who reads Dostoevsky. Damon has two albums, “Shame, Pain, And Love” on the Comedy Dynamics label, and “Unicycle” released by Advanced Ham. Damon’s jokes are featured on SiriusXM, Laughs, and streaming on digital services like Apple Music, Pandora, Spotify and more. He has spent the last 10 years zig-zagging the country playing all kinds of comedy clubs, colleges, theaters, bars, and corporate gigs. He has performed in the Milwaukee Comedy Festival, The Flyover Comedy Festival, The New York City Free Comedy Festival and many more. He hosts the Low-Budget Show, a comedy variety and interview show on Youtube. Damon also produces one of New York City’s best indy-comedy shows, The Punching Bag.