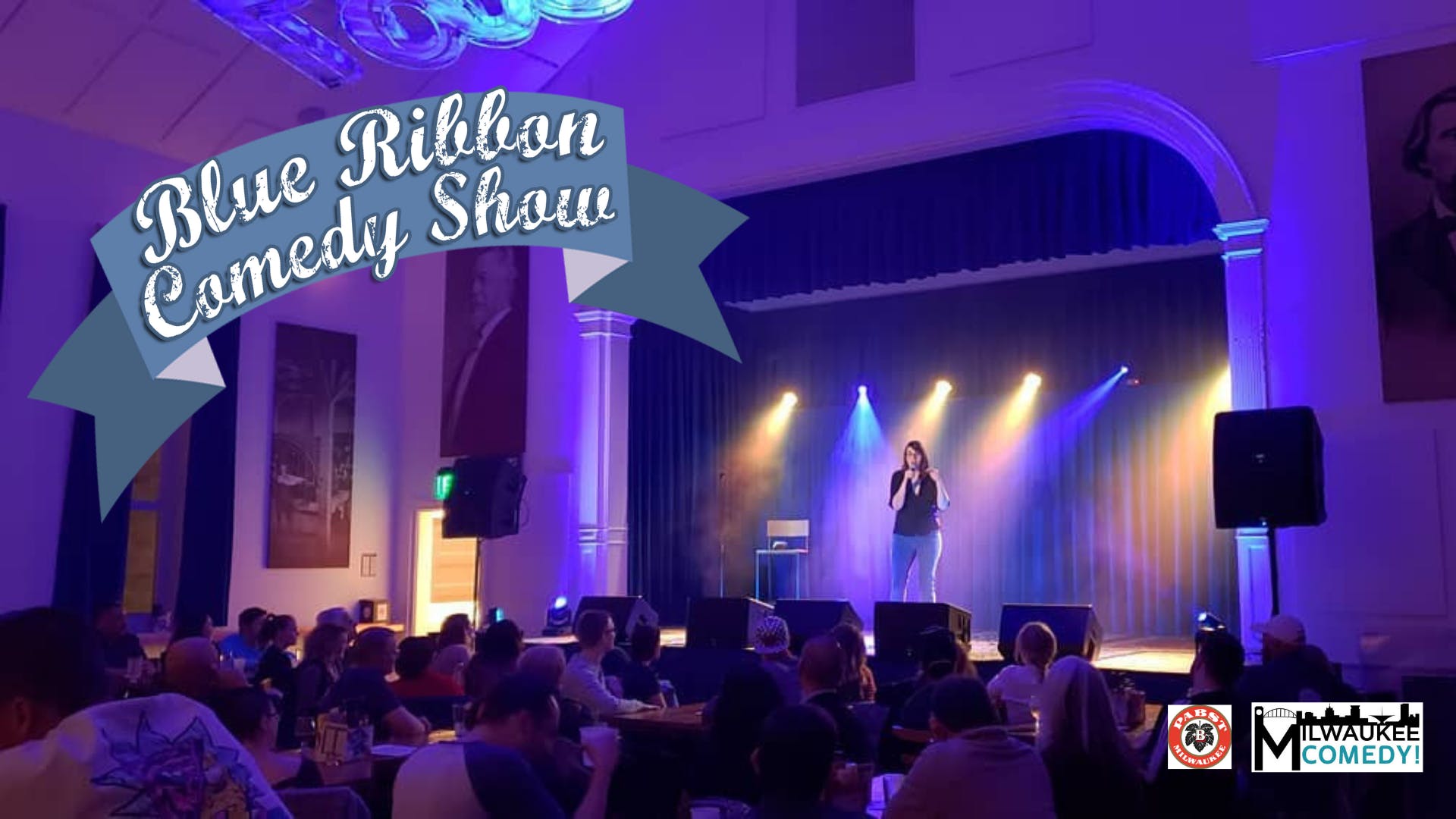 Comedy in a Classic Milwaukee Venue!

Come out for some laughs and see why this show is getting a lot of attention for its beautiful venue, great beers on tap and of course, hilarious comedy. Now two shows at the Pabst Taproom every month!

Comedy has never tasted so good! Check out Milwaukee’s newest comedy night, the Blue Ribbon Comedy Show at Pabst Milwaukee Brewery & Taproom! Join us Friday and Saturday the 4th weekend every month at 9pm for some of the best of local and regional comics, along side delicious Pabst craft beers made on site.

With his quick wit and versatile voice, Marty DeRosa has blended his talent for stand up comedy and his love of pro wrestling to become a favorite of both critics and fans.

As a founding member of Comedians You Should Know, the premier independently run stand up showcase in Chicago, DeRosa has had a #1 comedy album on iTunes and has been recognized as an emerging talent by Time Out Chicago. He performs stand up all over the country which lead him to a partnership with pro wrestler Colt Cabana.

The duo also collaborate on the Mystery Science Theater meets pro wrestling project $5 Wrestling, multiple web series including Worst Promo Ever & Creative Has Nothing For You.

Wrestling With Depression, DeRosa’s critically acclaimed podcast, is an honest and humorous series of interviews with fellow comedians, wrestlers, and performers, reconciling the creative process with the daily struggle of depression. It has been profiled by Time Out Chicago, Comedy of Chicago and The Onion’s AV Club.

Marty has performed at comedy clubs and colleges throughout the country. You can catch him virtually every night of the week on a stage somewhere saying words into a microphone. Sometimes there isn’t a stage and a few times there wasn’t a microphone.

Tickets are only $10 in advance online or $15 at the door. This show WILL SELL OUT!
Doors open at 8:30pm, show starts at 9pm. This event has limited seating, get your tickets before they sell out!

Parking Info!
Parking near the Pabst Taproom can get tricky on busy nights. Save yourself some trouble and reserve your spot in the parking garage right across the street from the venue!
Step 1: download the ParqEx app
Step 2: search “1036 W. Juneau Avenue”
Step 3: reserve a parking spot in for ONLY $4!!
https://www.parqex.com/

Madison’s Shawn Vasquez, serving it up as emcee

An event every week that begins at 9:00 pm on Tuesday, repeating indefinitely