Clint Coley at The Laughing Tap 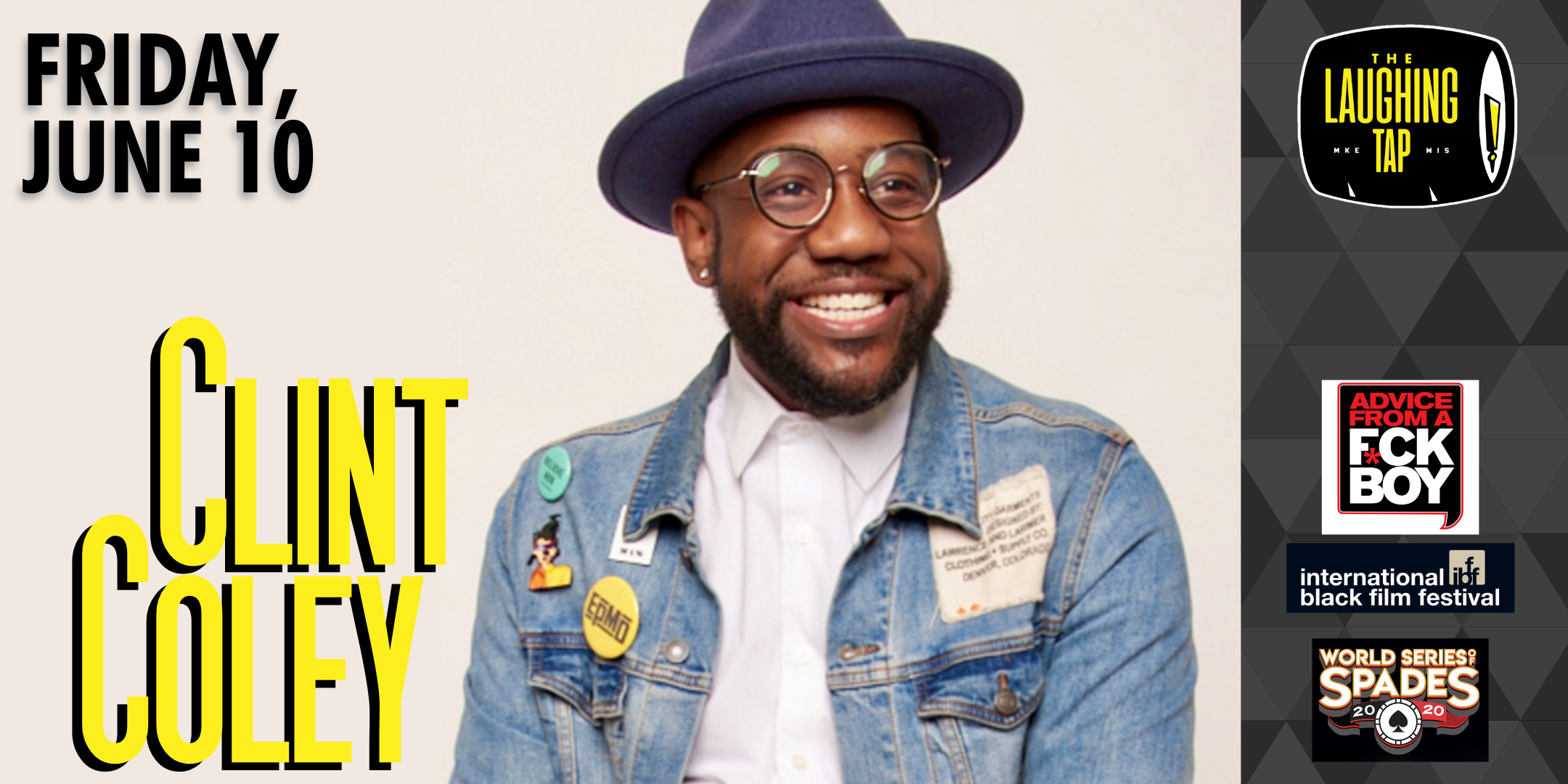 * NOTE: Due to Clint’s tour schedule he is only able to perform Friday, June 10th. Because of this, the Saturday show has been canceled but we have added a second show on Friday, June 10th (8pm and 10pm). *

The very funny Clint Coley (World Series of Spades, SCRATCH) brings his ‘My Edible Kicked In Tour’ to Milwaukee’s Home for Comedy!

Philly’s own Clint Coley is this era’s new breed of do-it-all comedy star. He is a multi-talent who is the creator and executive producer of THE WORLD SERIES OF SPADES – with Season 2 produced in partnership with MACRO Studios.

Currently on the road for his MY EDIBLE KICKED IN tour for spring and summer 2022, he has released four comedy albums: TUESDAY MORNING, I’M AN ADULT, STURGIS and SENSITIVE.

Clint Coley is the creator and host of the popular Advice From A F*ck Boy podcast where he’s dropping gems for the guys, cheat codes for the ladies and has a book of the same name that was released on Amazon and other retail book platforms.

Aside from stand-up comedy, Clint has written, produced, and starred in various short films under his Everybody Eats Productions banner. THE FIRST DATE, THE FIRST TIME, and SCRATCH were each accepted into the International Black Film Festival. SCRATCH and THE FIRST TIME were nominated for Best Short Film, with THE FIRST TIME winning the award.