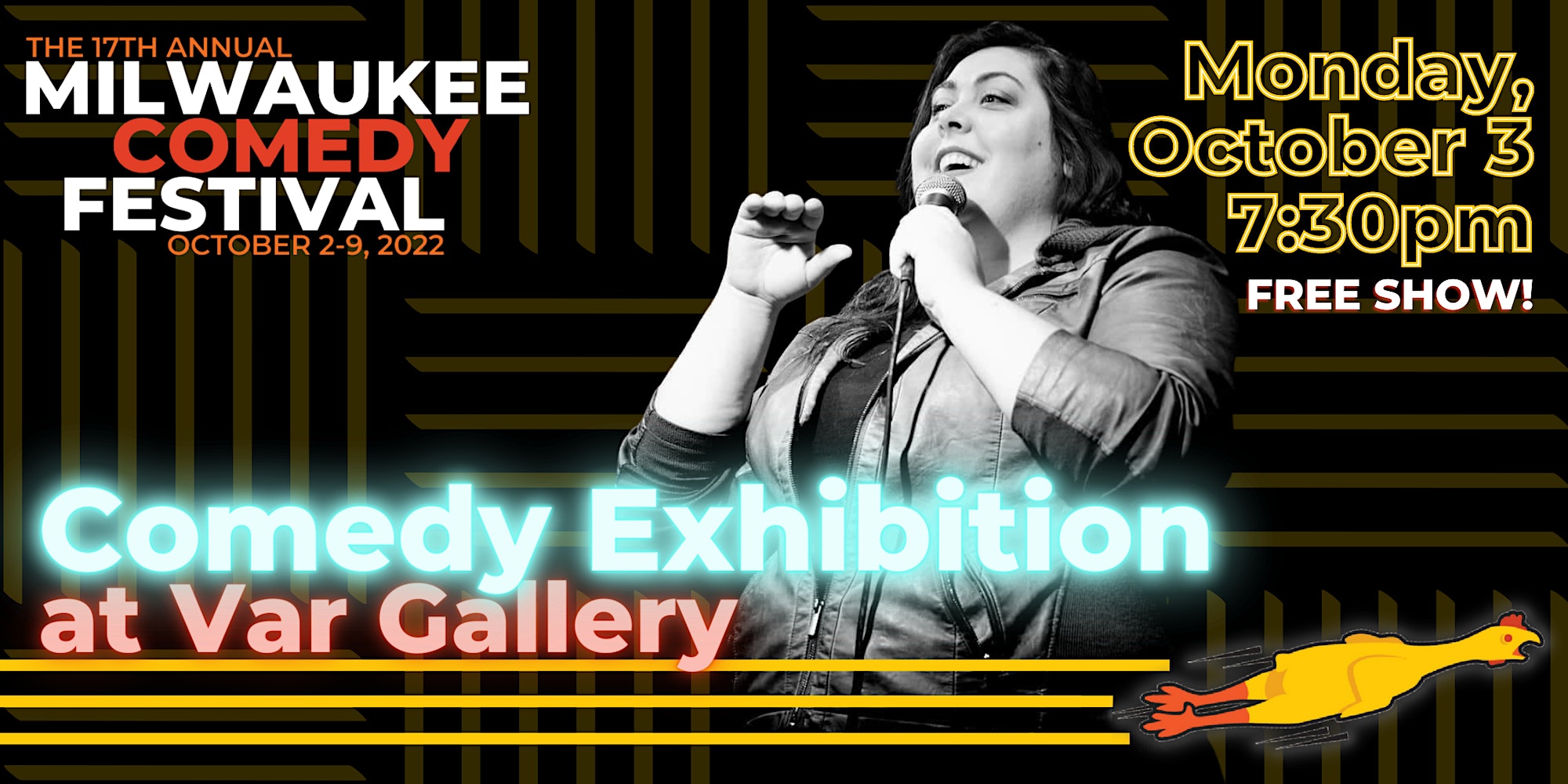 Just because it’s a Monday, doesn’t mean this show lacks laughs! The Milwaukee Comedy Festival features only the best in live comedy – and this early-in-the-week show is no different with a stacked line up of hilarious local and regional talent. Line Up for this show will be announced soon!

This show is FREE, but you must register to guarantee entry as space is limited!
Comedy Exhibition at Var Gallery!
Doors and bar open at 7pm, show starts at 7:30pm.