Funny Freebies at The Interchange Theater! 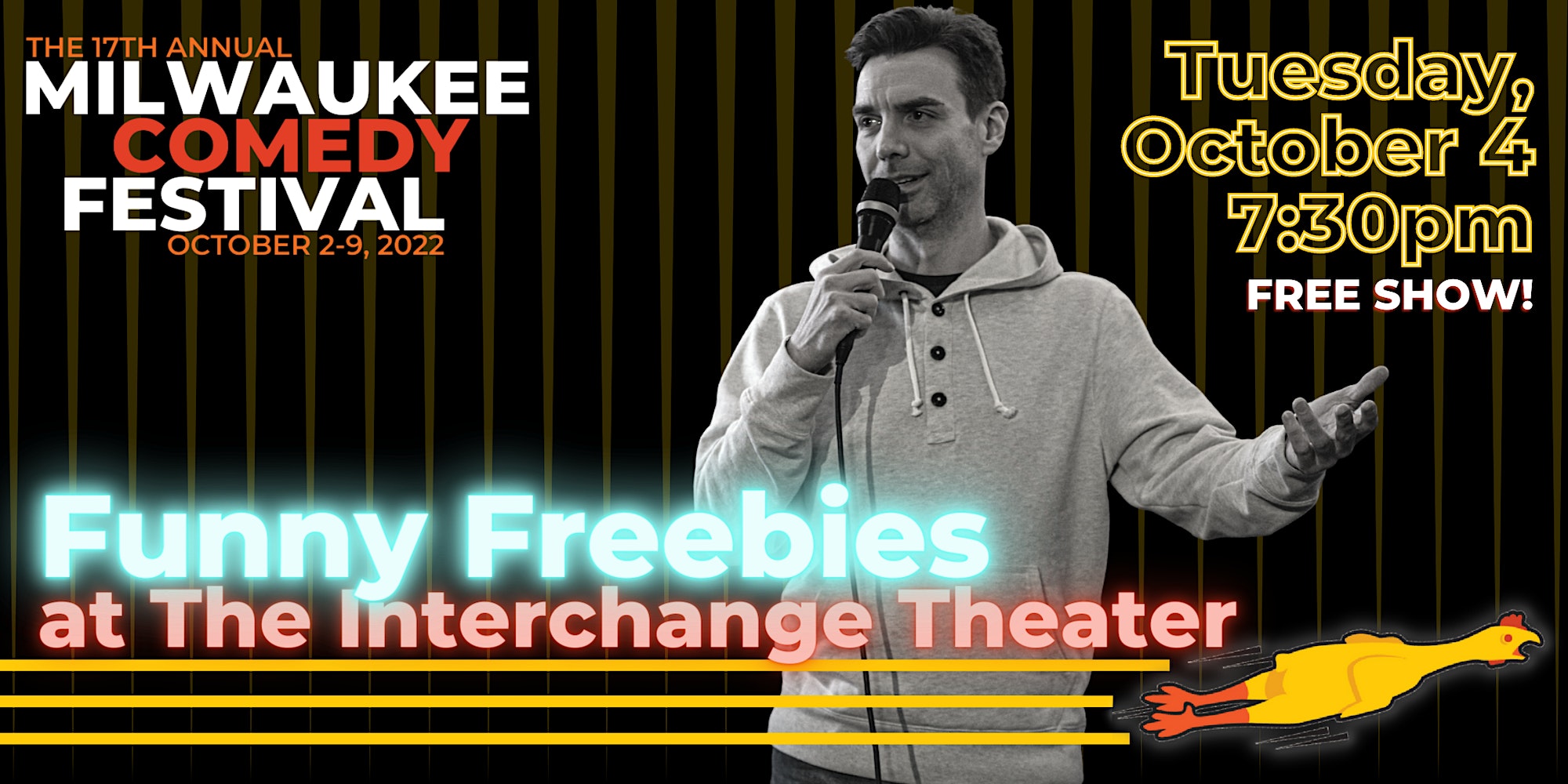 Tuesday night at The Milwaukee Comedy Festival is the place to be! Featuring hilarious stand up comedy and lots of fun! Stop by the Interchange Theatre on Tuesday, October 4th for a fantastic comedy line up. Line Up for this show will be announced soon!

This show is FREE, but you must register to guarantee entry as space is limited!
Funny Freebies at The Interchange Theater!
Doors and bar open at 6:30pm, show starts at 7:30pm.