John Caparulo at The Laughing Tap 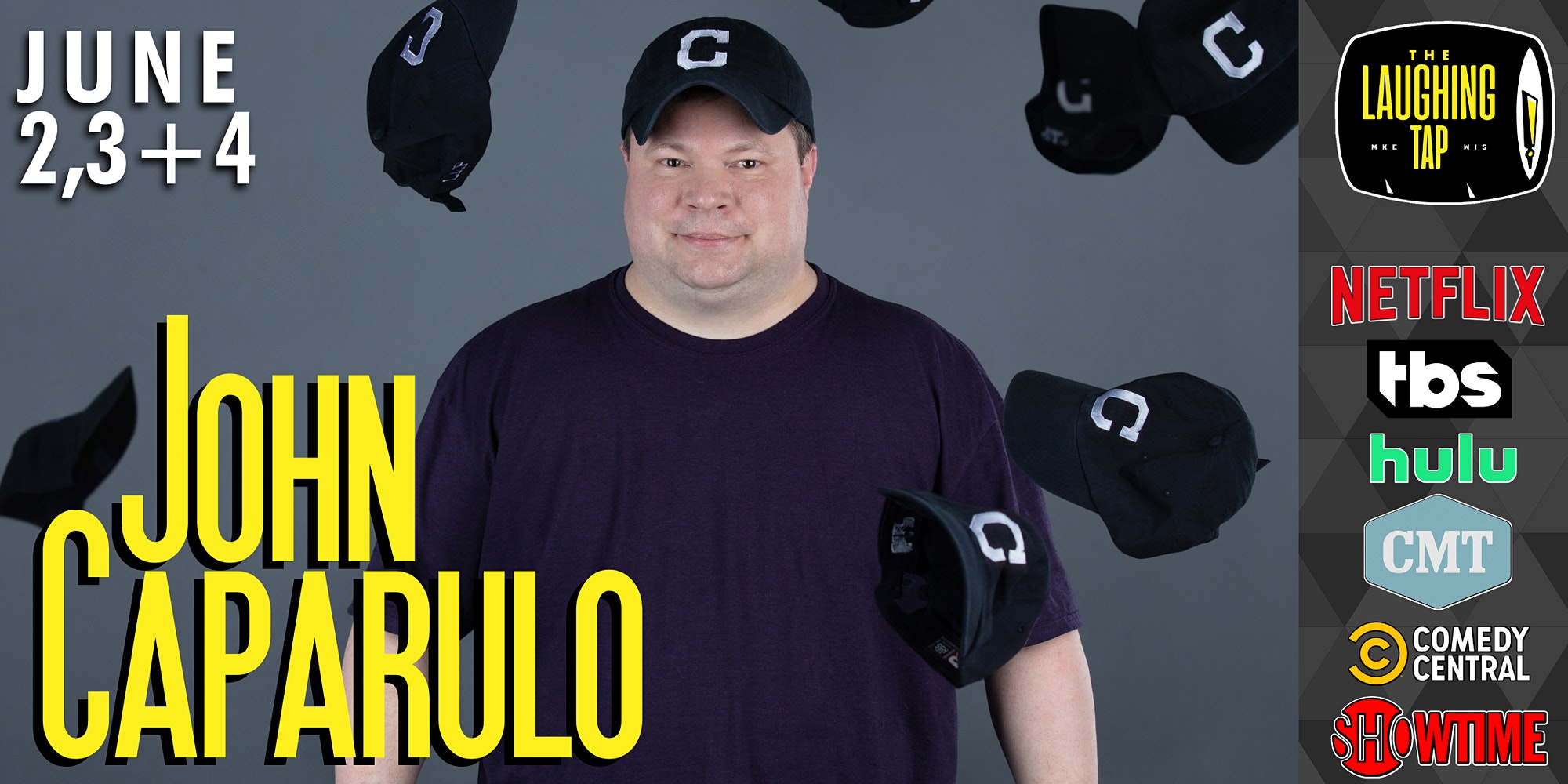 John Caparulo has pursued a relatively successful career in comedy. Cap, as he’s known by his friends and fans, has also made multiple appearances on The Tonight Show, Comedy Central Presents, Jimmy Kimmel Live, Blue Collar Comedy: The Next Generation, and as a standout performer in Vince Vaughn’s Wild West Comedy Show. Cap appeared over 150 times as a panelist on Chelsea Handler’s popular E! show, Chelsea Lately, during its 7-year run. He also appeared as part of Ron White’s Salute To The Troops on CMT, a network on which he became well-known as the host of the surprisingly hilarious show Mobile Home Disaster.

Cap has two comedy specials / albums: John Caparulo: Meet Cap and John Caparulo: Come Inside Me. He released Caplets, a brand-new set of comedy every 30 days that were distributed on Hulu, JohnCaparulo.com, and YouTube.

Tickets are $30 for this special engagement.

From a very early age, John Caparulo knew exactly what he wanted to be when he grew up— a grizzly bear. Unfortunately, like most youngsters with such lofty aspirations, his grades just weren’t good enough. So young John joined the navy in search of adventure. But his dreams were dashed once again when he realized it was the Old Navy, and the only adventure they could offer him involved folding cheap khakis for minimum wage. Cap wouldn’t let such minor disappointments sway him from finding a fulfilling career path though, and he decided to open his own karate dojo to teach deaf and blind kids how to defend themselves. It too about 6 years before anyone figured out that John didn’t know karate. The blind students had no idea what they were being taught had been derived mainly from Jackie Chan movies and Hong Kong Phooey or that Cap’s dojo was actually in his front yard. None of the deaf kids were able to win a fight against John, andnaturally neither were any of their mothers. But after many of them watched Capbreak his foot attempting to chop a board in half, the writing was on the wall, evenin Braille. So Cap closed his front yard dojo forever and left town. Since then, he’spursued a relatively successful career in comedy.

Caparulo moved to LA in 1999 and got a job working the door at The World Famous Comedy Store in West Hollywood. After nearly 4 years of struggling for stage time, cutting grass at a local golf course and rethinking life choices, the young comedian started catching a few breaks.

Cap’s first TV appearance was a spot on “The Late Late Show with Craig Kilborn.”From there he was invited to the 2003 Just For Laughs Festival in Montreal. This provided Cap with the golden opportunity to fly thousands of miles away to showcase his talents for industry executives who lived right down the street from him. He made the most of it though by landing a development deal with Fox, which led to countless meetings, terrible pilot scripts and nothing else. In 2006, Cap was one of the comedians documented on Vince Vaughn’s Wild West Comedy Tour. The movie then hit theaters in February 2008, grossing over$600 worldwide!!

John Caparulo was also featured on the Blue Collar Comedy Tour: The Next Generation, which would take the nation by storm, selling out concerts from March of 2008 to late March of 2008. During that same time, Cap would make several appearances on The Tonight Show with Jay Leno.

Cap appeared over 150 times as a panelist on Chelsea Handler’s popular E! show, “Chelsea Lately,” during its 7-year run. He also appeared as part of Ron White’s Salute To The Troops on CMT, a network on which he became well-known as the host of the surprisingly hilarious show Mobile Home Disaster. And he played the part of Brian on the short-lived ABC sitcom “Work It” (more commonly referred to as Sh It). In 2018, he showcased his love for Tom Brady on Showtime’s Unsportsmanlike Comedy with Rob Gronkowski.

Cap has two comedy specials / albums: “John Caparulo: Meet Cap,” which premiered on Comedy Central in 2008 and “John Caparulo: Come Inside Me, ”which launched on Netflix in 2013. In February 2014, Cap began releasing Caplets, a brand-new set of comedy every 30 days that were distributed on his website and YouTube.

In the world of animation, John voiced the character of “Headphone Joe” on Disney’s Fish Hooks. For the past few years, Cap has been writing and developing an animated series called “Cartoon Comic,” based on his life as a comedian, husband and father. He has also written a comic book series under the same title and has independently-produced several animated standup shorts. After working all over the globe for 20+ years, Cap settled down in Las Vegas and performed almost 500 shows during a 2-year residency at Harrah’s. “John Caparulo’s Mad Cap Comedy” ran 5 nights a week from May 10th, 2018, until its unexpected demise on March 15th, 2020, as a result of the COVID-19 shutdowns. Since Covid made live performances impossible for such an extended period, Cap adapted to the restrictions with “Un-Capped Comedy,” a monthly livestream show on which the live audience picks the topics for the comedian to discuss onstage. And now that live venues appear to be opening back up, Cap is taking Un-Capped Comedy on the road and letting audiences all across the United States choose the direction of every performance.