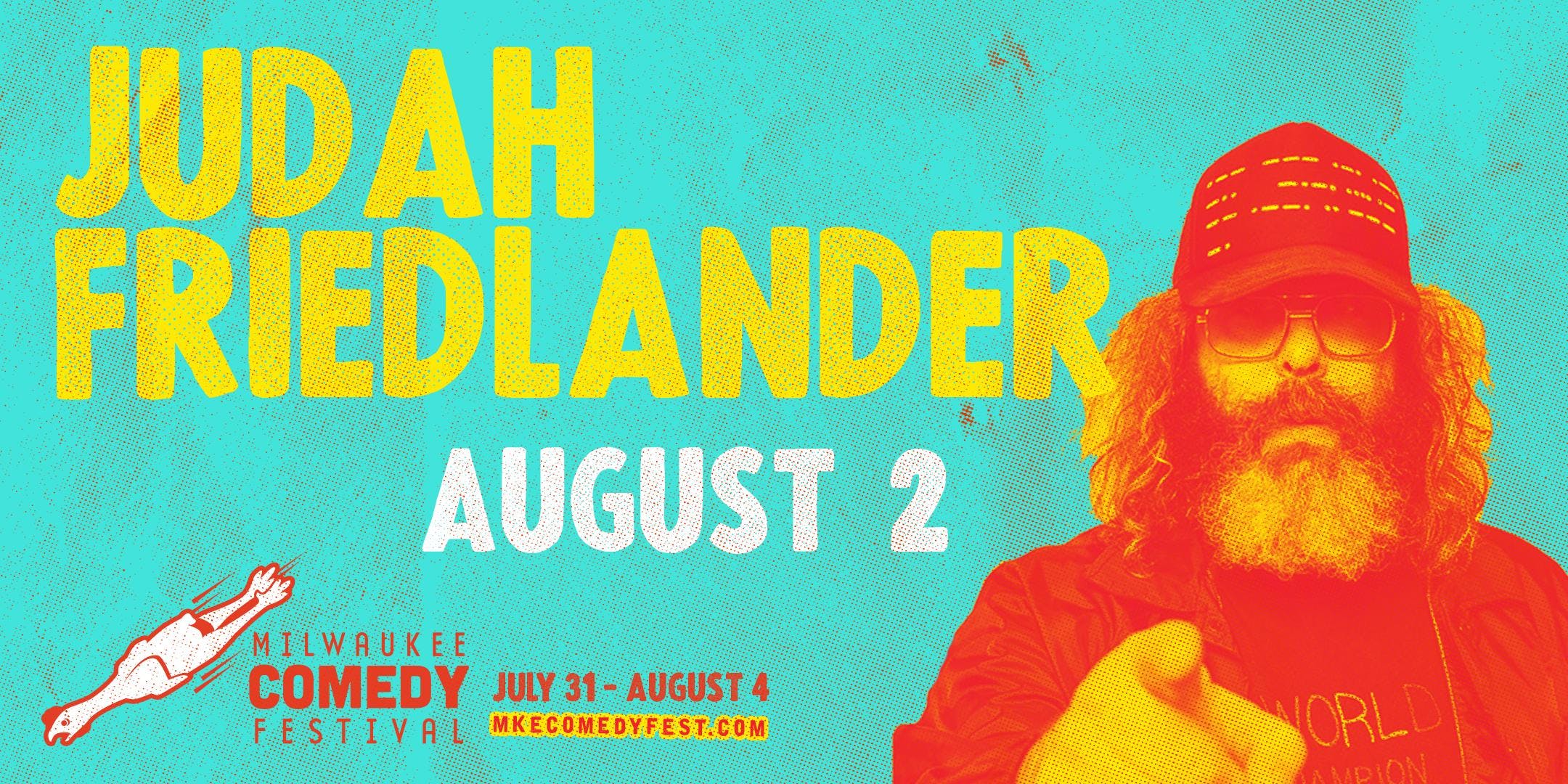 Hilarious, profound satire with endless one liners & seamless crowd work. Judah Friedlander is a singular performer. His Future President stand-up show is American satire at its most creative, incisive, and funny. You have not seen a show like this before. Judah satirizes American Exceptionalism, the systemic power structures that control America, and how America deals with all of its human rights issues. Judah finds and creates comedy from places you never knew it existed.

In Judah’s uproariously engaging and unpredictable show, he will tell you why he should be the future President of the United States, and will invite you to ask him questions about his Presidential platform. With Judah’s amazing and unique crowd work, no two shows are the same.

Last year, Judah Friedlander’s critically acclaimed 84 minute stand-up performance film America Is the Greatest Country In the United States (Netflix, 2017) was named best comedy special of the year by many critics, comics, and fans. This year in 2019, Judah is on tour with all new material.

Come see the Future President of the United States.

The Milwaukee Comedy Festival is Wisconsin’s largest multi-day comedy event, celebrating 14 years presenting the best local, regional, and national comedic talent. The festival has featured top-notch stand-up, improv, and sketch comedy from across the country. Founded in 2006 as the Sketch and Improv Comedy Festival to support and cultivate the comedy scene in the city, the Milwaukee Comedy Festival quickly grew into Wisconsin’s premier annual comedy event attracting thousands of comedy fans every year.  MCF aspires to promote an active comedy community where performers can hone their craft, create new and exciting comedy, and foster an inviting environment for both audiences and fellow performers.

Over the years, more than 18,000 people have laughed with the Milwaukee Comedy Festival. Audiences have traveled from all parts of Wisconsin to attend the fest, and as far away as Los Angeles to Boston for the city’s biggest comedy event of the year.  Since 2006, the festival has featured thousands of performers from across the country including New York, Chicago, Los Angeles, Seattle, Philadelphia, Denver and Austin as well as Canada including Toronto, Alberta and Vancouver. Our alumni have appeared in movies and television including Comedy Central, Netflix, HBO, Saturday Night Live, MAD TV, BET, Conan, Late Nite and many more.