Justin Leon at The Laughing Tap! 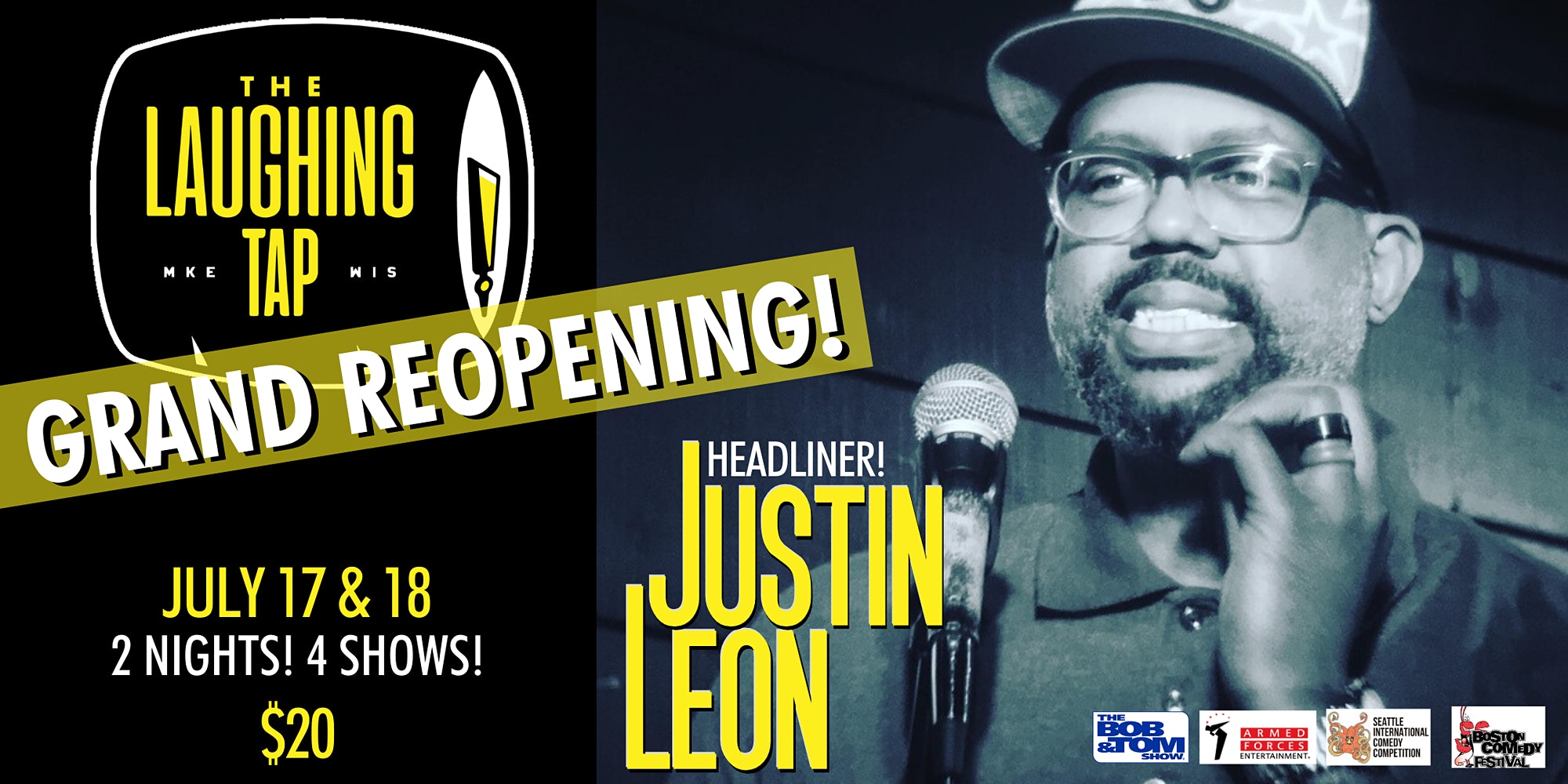 The Laughing Tap is (safely) back after quarantine with the hilarious Justin Leon!

The Laughing Tap is (safely) back after quarantine with the hilarious Justin Leon! Seating will be limited, spaced 6ft apart and mask are required to be worn when entering or moving about the club. Featuring Ben Hoffman, Carly Malison and headliner Justin Leon

Tickets are $20 online pre-sale only.

Justin Leon is a new resident of Milwaukee and a veteran of Stand up who has made a name for himself throughout the comedy scene across the US. Justin has dedicated the last 20 years to his craft, traveling across the country and gaining new fans at every stop. His unique style stems not from focusing on our differences but rather our commonalities. Justin’s ability to find the funny in his experiences with life, love, fatherhood and loss allows him to relate to, connect with, and capture any crowd. From the moment he walks on stage, Justin’s poise captivates the audience as he takes them on a comedic journey while expanding their frame of thought along the way; leaving the audience laughing, reflecting, and wanting more.

Justin’s comedy translates both nationally and internationally allowing him to perform in some of the top comedy clubs throughout the U.S. and Canada. Also with stops for Armed Forces Entertainment. He has been heard on the Bob and Tom show. He is an alum of both The Boston Comedy Festival and Seattle Comedy Competition.