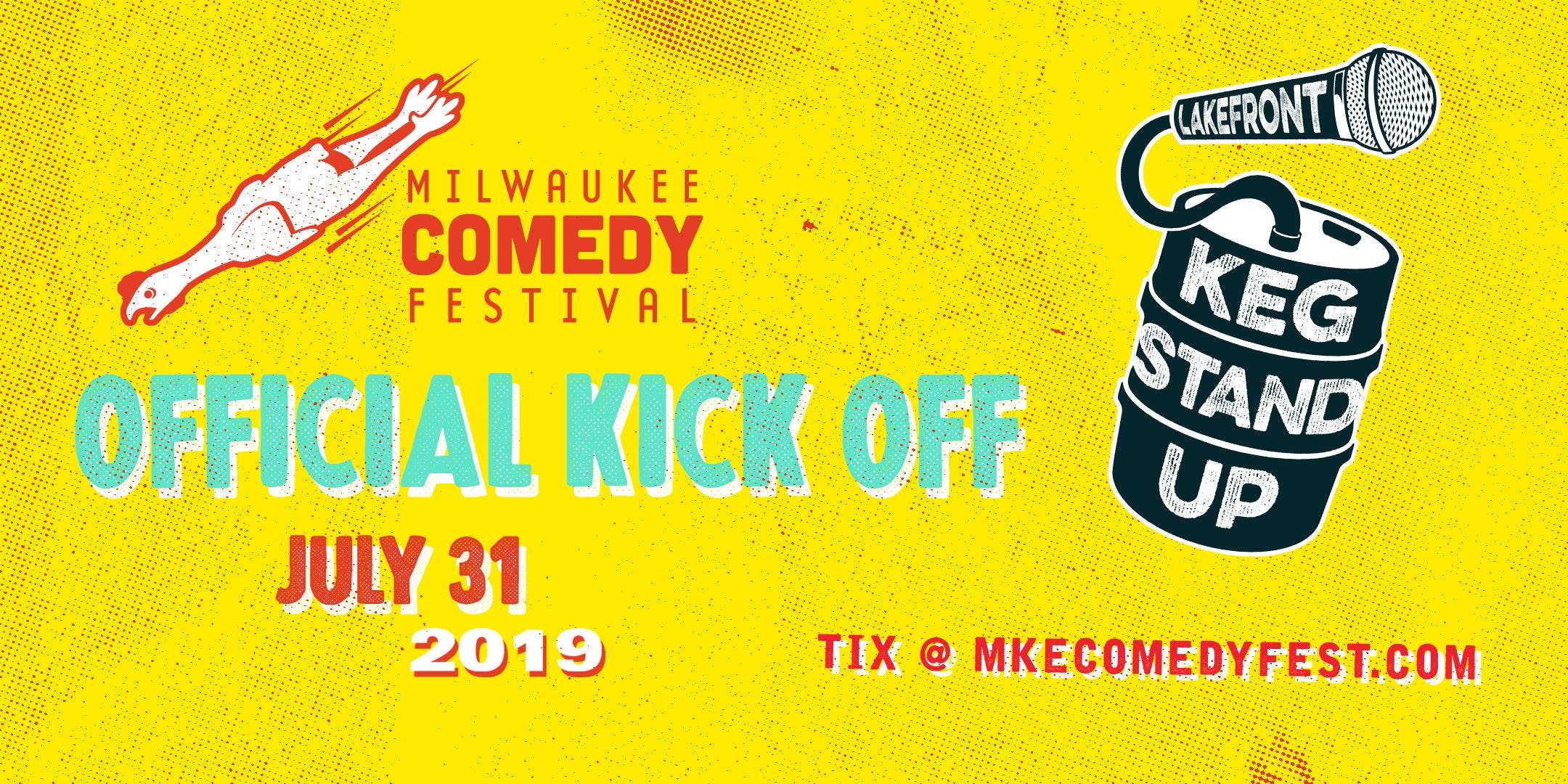 Kick off the 2019 Milwaukee Comedy Festival with the cities #1 comedy show – Keg Stand Up at Lakefront Brewery!

This show is a great time with top regional stand up comics. If great comedy wasn’t enough, Lakefront has put a special menu together for the show including their award-winning cheese curds! This show is hot, hot, HOT and WILL SELL OUT so plan ahead and grab your tickets today!

Tickets are only $10 pre-sale or $12 at the door and this show will sell out! Buy in advance to ensure a seat. Doors open at 6:15pm and the show will start at 7pm. A small tasting room will be open until you’re ready to be sat at your table.

This show is RESERVED SEATING and has become very popular! Seating is limited and shows do sell out. We reserve the right to give your seats away if you arrive late!

To ensure your group can sit together please purchase all tickets in the same transaction. We apologize for the inconvenience.

Any seats that don’t sell in the pre-sale online will be offered as walk-up tickets prior to the show for $12. Please Note: Standing room as well as seats outside of our table service sections will be available as needed for a discounted price of $7 at the door.

Bring your ID! This show is 21+ unless accompanied by legal guardian. This show has adult themes. Ticket buyer must be over 21 and have a valid ID. All attendees must be present to receive a ticket.

Complete schedule of events including info and tickets for headliners and full line up at mkecomedyfest.com

The Milwaukee Comedy Festival is Wisconsin’s largest multi-day comedy event, celebrating 14 years presenting the best local, regional, and national comedic talent. The festival has featured top-notch stand-up, improv, and sketch comedy from across the country. Founded in 2006 as the Sketch and Improv Comedy Festival to support and grow the comedy scene in the city, the Milwaukee Comedy Festival quickly grew into Wisconsin’s premier annual comedy event attracting thousands of comedy fans every year.  MCF aspires to cultivate an active comedy community where performers can hone their craft, create new and exciting comedy, and foster an inviting environment for both audiences and fellow performers.

Over the years more than 18,000 people have laughed with the Milwaukee Comedy Festival. Audiences have traveled from all parts of Wisconsin to attend the fest, and as far away as Los Angeles to Boston for the city’s biggest comedy event of the year.  Since 2006, the festival has featured thousands of performers from across the country including New York, Chicago, Los Angeles, Seattle, Philadelphia, Denver and Austin as well as Canada including Toronto, Alberta and Vancouver. Our alumni have appeared in movies and television including Comedy Central, Netflix, HBO, Saturday Night Live, MAD TV, BET, Conan, Late Nite and many more.

More information on the 2019 Milwaukee Comedy Festival is available at http://mkeComedyFest.com/ or by emailing info@mkecomedyfest.com.