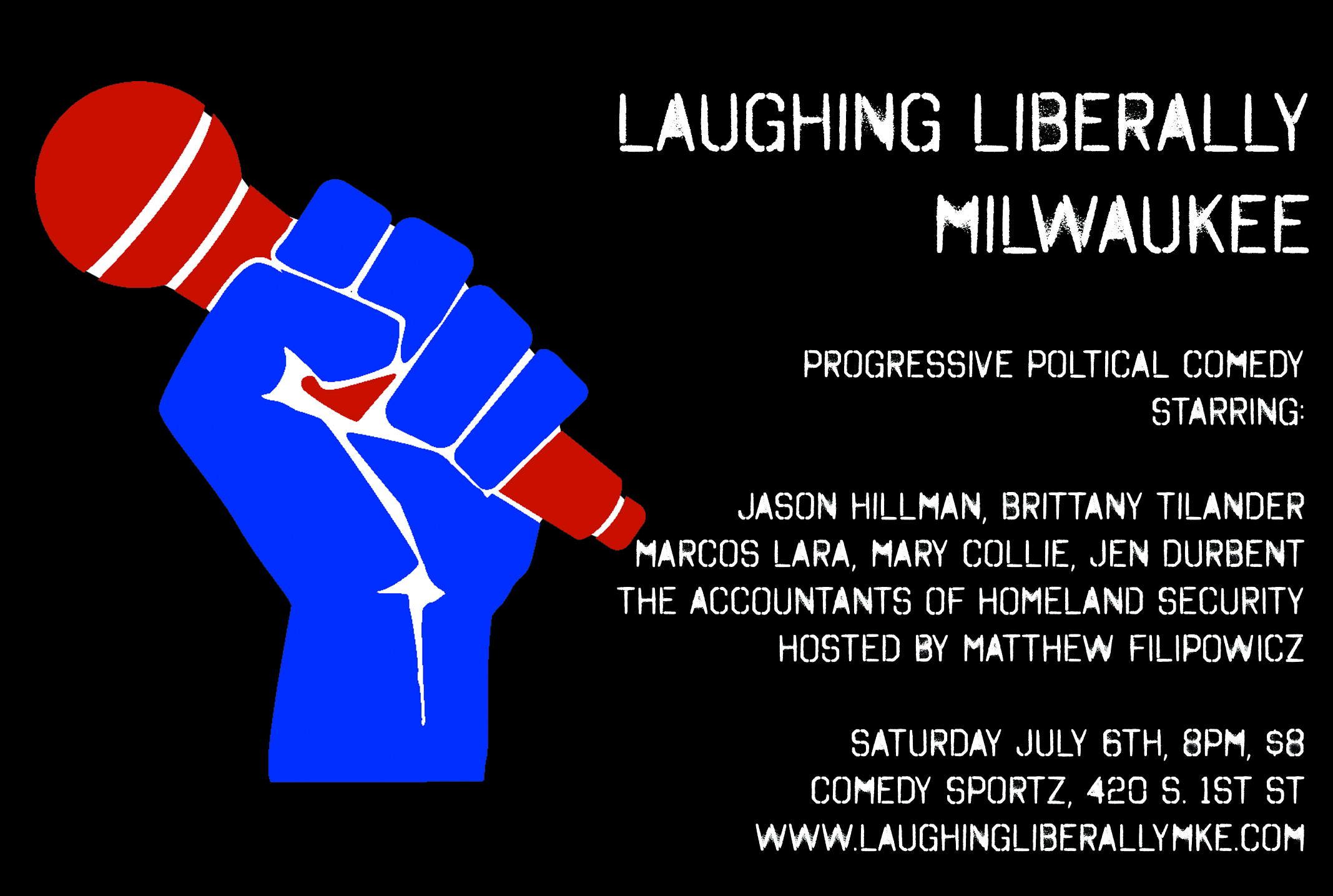 In addition to some of the finest progressive comedians Milwaukee has to offer, each Laughing Liberally Milwaukee will feature a special interview with a local activist, journalist, or political figure. This month’s guests are Leslie Fillingham and Chad Trepanier who will discuss protecting abortion access and standing up to hate at Abortion Access Front’s upcoming Garbage Fyre Festival.