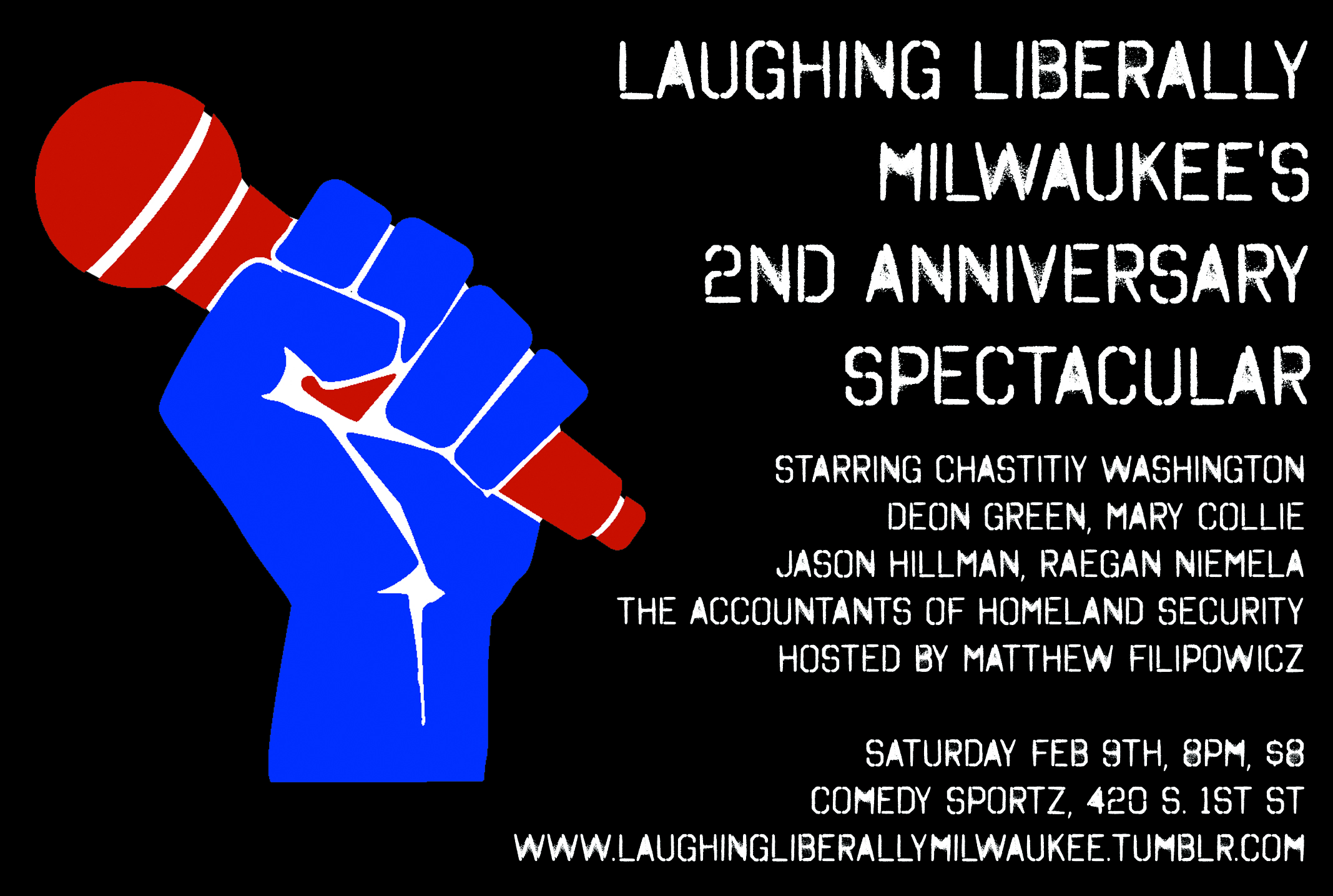 Laughing Liberally Milwaukee is excited to celebrate two years of monthly progressive political comedy shows featuring some of the area’s top liberal and progressive comedians. Over the past two years, dozens of comedians and activists have performed for over 1,600 enthusiastic audience members. With Donald Trump and Republican attacks on health care, immigrants, the environment and more, we need progressive laughs now more than ever

In addition to some of the finest progressive comedians Milwaukee has to offer, each Laughing Liberally Milwaukee will feature a special interview with a local activist, journalist, or political figure. This month’s guest is Heather DuBouis Bourenane from the Wisconsin Public Education Network.