Marz Timms at The Laughing Tap 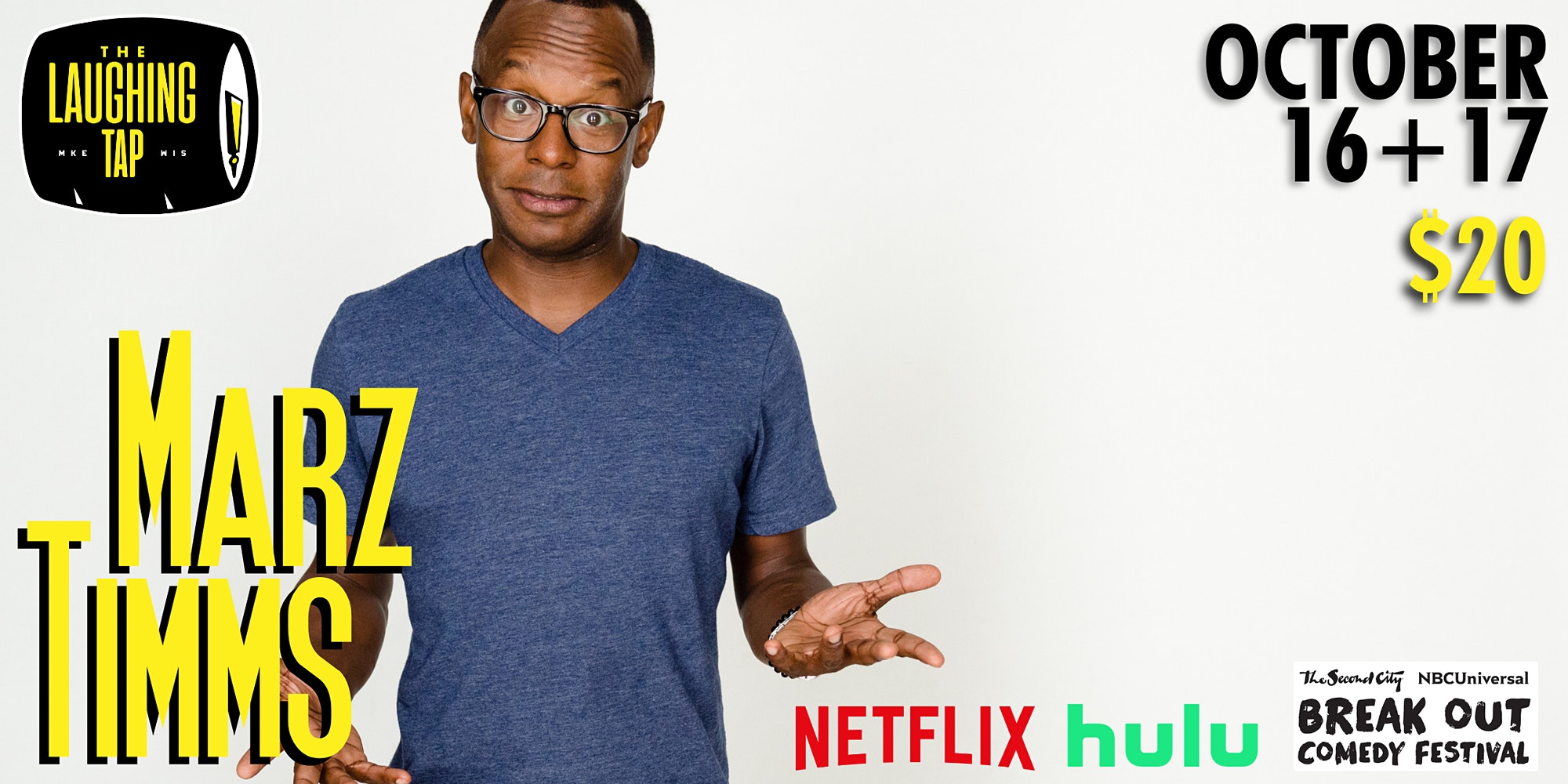 Milwaukee’s Home for Comedy is excited to present Marz Timms!

Marz Timms is an actor/comedian who plays the character Van Howard on the NETFLIX original series “EASY” seasons 1 & 2. Marz voices the character Jax in the popular Mortal Kombat video game, and is the former In-Arena Host for the Chicago Bulls where he performed for 34,000 screaming fans at home games. He headlined the Milwaukee Comedy Festival, and was recently featured in the NBC, Universal Television “Break Out Festival” at Second City in Chicago. Timms and his comedy group Pimprov are featured on the HULU tv show Chef Jeremiah Bullfrog Forks It as the show to see when traveling to Chicago.

As a stand up comedian his style has been called “nerdy, yet urban.” and Marz has performed with well known comics such as Tracy Morgan, Guy Torry, Nikki Glaser, Eddie Griffin, and Louie Anderson.

Marz has also shared the stage with Jordan Peele, and Keegan Michael Key of Comedy Centrals Key & Peele, SNL’s Chris Redd, and Horatio Sanz,. He was an original member of Second City’s Brown Co. where he was a writer and actor. Marz has taught improv classes, and workshops across the country from Florida to Seattle. As an actor he has performed in over 100 productions across the U.S. and got his start in Chicago at the Annoyance Theater.