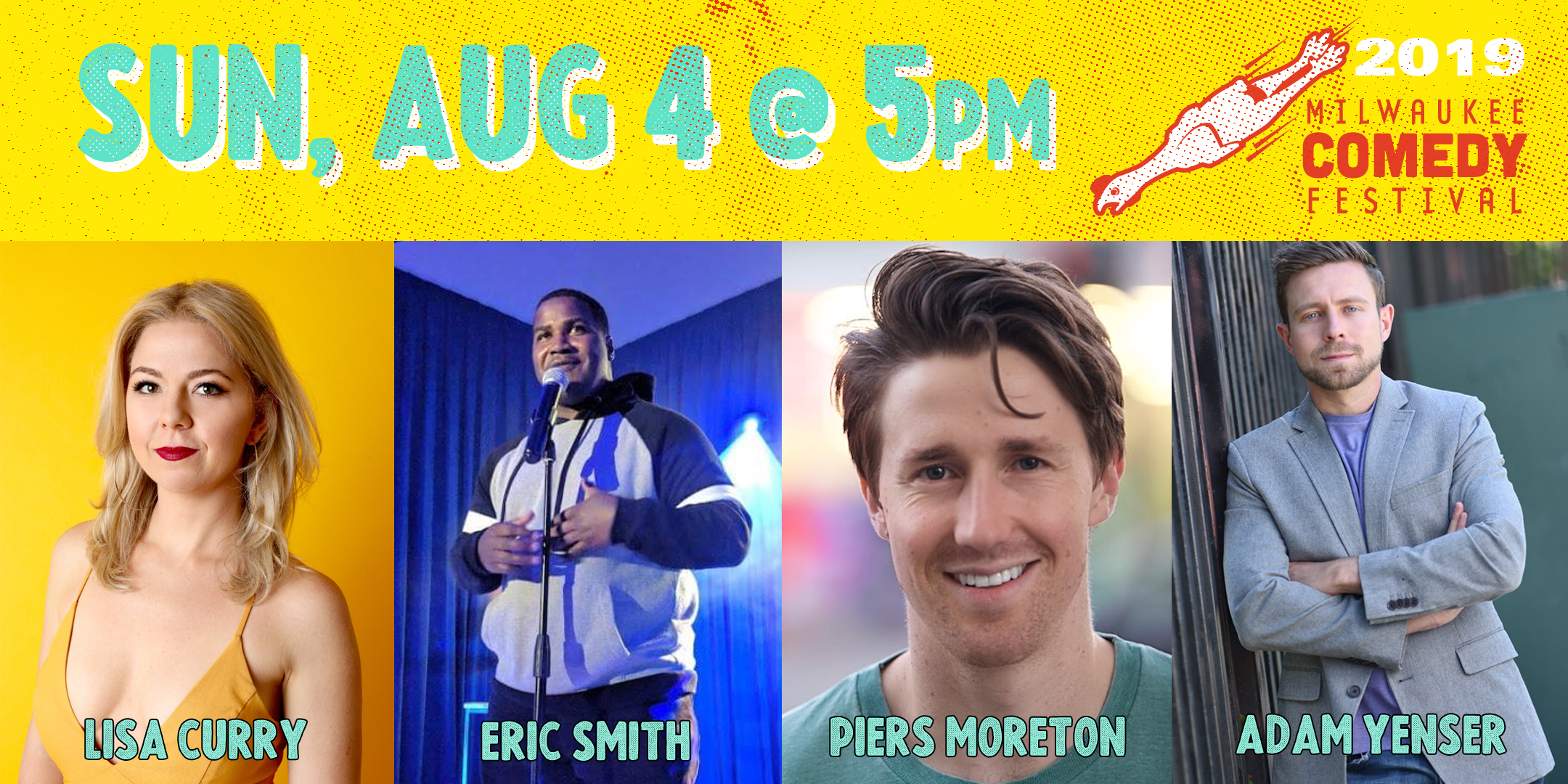 Single Show Tickets are available for $16 presale or $20 at the door day of show. Doors open 30 minutes prior to show time and are 18+ unless otherwise stated.

Complete schedule of events including info and tickets for headliners and full line up available at mkecomedyfest.com.

The 2019 Milwaukee Comedy Festival, celebrating 14 years of laughs! Featuring performers from across the country in more than a dozen different live shows and Special Events at multiple venues including The Underground Collaborative, Lakefront Brewery, Turner Hall Ballroom, Shank Hall and others. Join us for the best laughs you can find July 31- August 4th!

Over the years more than 18,000 people have laughed with the Milwaukee Comedy Festival. Audiences have traveled from all parts of Wisconsin to attend the fest, and as far away as Los Angeles to Boston for the city’s biggest comedy event of the year. Since 2006, the festival has featured thousands of performers from across the country including New York, Chicago, Los Angeles, Seattle, Philadelphia, Denver and Austin as well as Canada including Toronto, Alberta and Vancouver. Our alumni have appeared in movies and television including Comedy Central, Netflix, HBO, Saturday Night Live, MAD TV, BET, Conan, Late Nite and many more.

More information on the 2019 Milwaukee Comedy Festival is available at mkecomedyfest.com