Nate Craig at The Laughing Tap 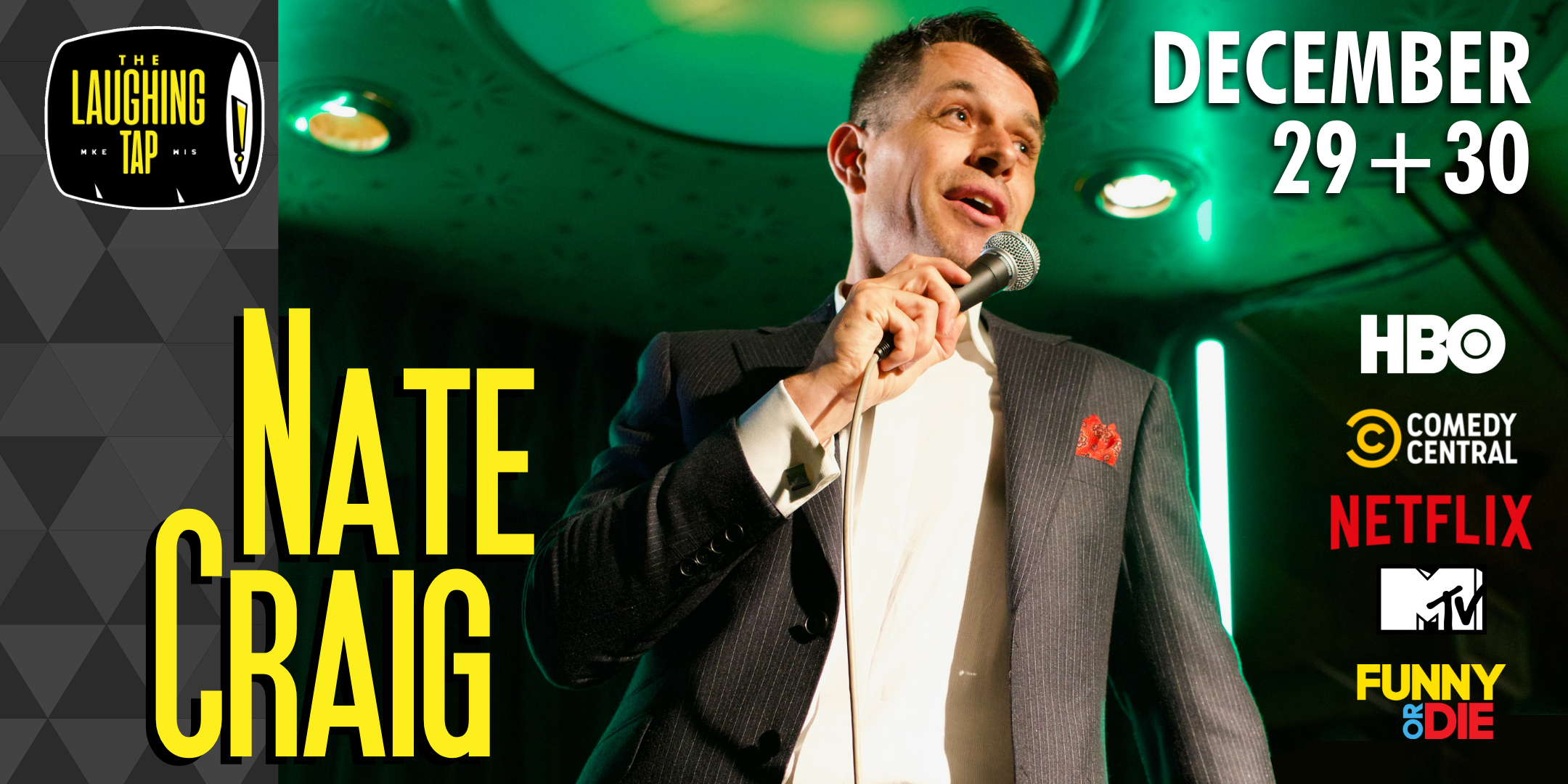 Nate Craig is an internationally touring headliner and regular at The Hollywood Improv, The NY Comedy Cellar, and Largo (LA) among others. He plays “Phil” in the Netflix series “Maniac” and was a cast member on TruTV’s “World’s Dumbest”. He was recently featured on Season two of Comedy Central’s “Roast Battle” and AXS Gotham Comedy Live. Nate has appearances on Comedy Central’s Tosh.0 and “Mash-up”, which he also wrote for. He’s written for 3 seasons of “Ridiculousness” on MTV and his album Nate Craig “Eggshell” debuted in the Pandora “Comedy Spotlight” at Pandora.com.

*If you have not checked in 15 minutes after start of the show, your tickets will be released, and your seats are no longer guaranteed.