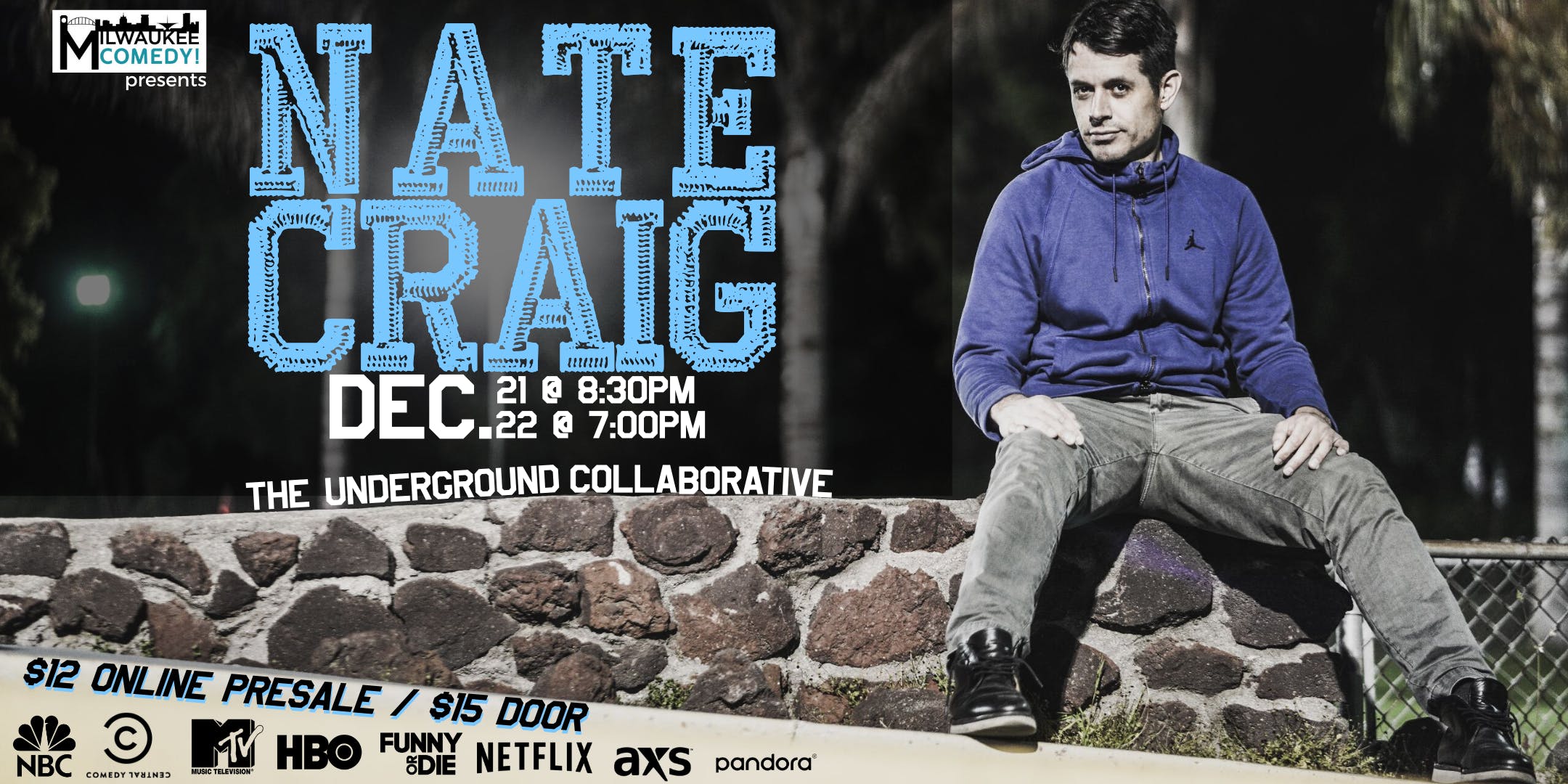 Milwaukee Comedy is proud to present Nate Craig at The Underground Collaborative!

Nate is a Madison-native who has been featured on Comedy Central’s “Roast Battle” and “Tosh.0”, MTV’s “Acting Out”, and AXS Network’s “Gotham Comedy Live”. Nate also does theater tours with Bill Burr and headlines all over the country.

A internationally touring headliner and regular at The Hollywood Improv, The NY Comedy Cellar, and Largo (LA) among others. Nate plays “Phil” in the Netflix series “Maniac” and will be on the next season of “‘F’ is for Family”. He was also a cast member on TruTV’s “World’s Dumbest”. He was recently featured on Season two of Comedy Central’s “Roast Battle” and AXS Gotham Comedy Live. Nate has appearances on Comedy Central’s Tosh.0 and “Mash-up”, which he also wrote for. He’s written for 3 seasons of “Ridiculousness” on MTV and his album Nate Craig “Eggshell” debuted in the Pandora “Comedy Spotlight” at Pandora.com.