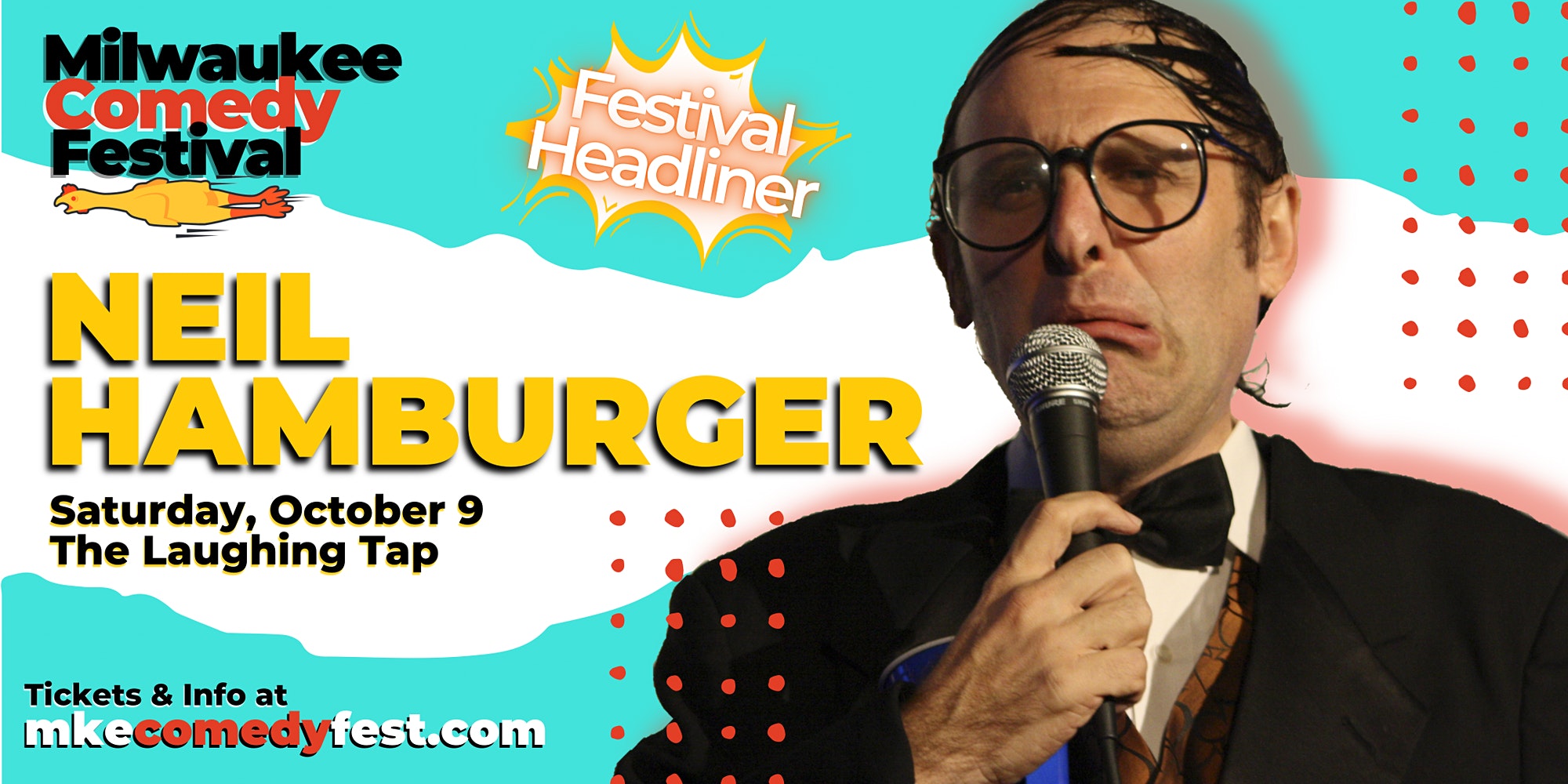 The one and only Neil Hamburger, “America’s Funnyman” comes to Milwaukee for his Grand Return to Stage Tour as part of the 2021 Milwaukee Comedy Festival along with Major Entertainer!

Tickets are only $20 – this show will sell out!

at The Laughing Tap

For over 20 years, ‘America’s Funnyman’ Neil Hamburger has worked every imaginable stage, from New York’s Madison Square Garden and the UK’s Reading Festival, to a Hollywood cemetery, Tasmanian pubs, and an abandoned monkey cage in a decrepit Catskills zoo.

He has performed countless headlining American, Australian, British, and Canadian tours, as well as shows in Norway, New Zealand, Ireland, and the Bahamas. He has toured internationally as the cherry-picked opening act for Tenacious D and Faith No More.Neil Hamburger was the subject of the critically acclaimed dramatic 2015 feature film Entertainment, co-starring John C. Reilly, Tye Sheridan, and Michael Cera. Neil’s many TV credits include Tim and Eric Awesome Show, Tom Green Live,and Jimmy Kimmel Live.

Among his dozen album releases is Live at Third Man, produced by Jack White in Nashville; an earlier Hamburger effort was included in SPIN’s ‘40 Greatest Comedy Albums of All Time’. His latest LP, the chamber-pop epic Still Dwelling, features guest appearances from Jack Black and Mike Patton.

“A brilliantly awful persona of an old-school, C-list funnyman—the kind with an ill-fitting tuxedo and an enormous, greasy combover—on a very bad night. Neil Hamburger toys with an audience’s expectations (and patience), and indeed his act is a kind of rude commentary on stand-up comedy altogether.”—NEW YORK TIMES

Milwaukee Comedy Festival will require proof of vaccination or a negative Covid test to attend our shows starting September 17th, 2021. This policy is for the safety of our guests, comics, and staff, and is inline with other venues in Milwaukee.

If you have purchased tickets to an upcoming show and unable to attend because of this policy change, we will offer a full refund. Failure to comply with show policies will result in denied entrance and/or being asked to leave the club and no ticket refund.