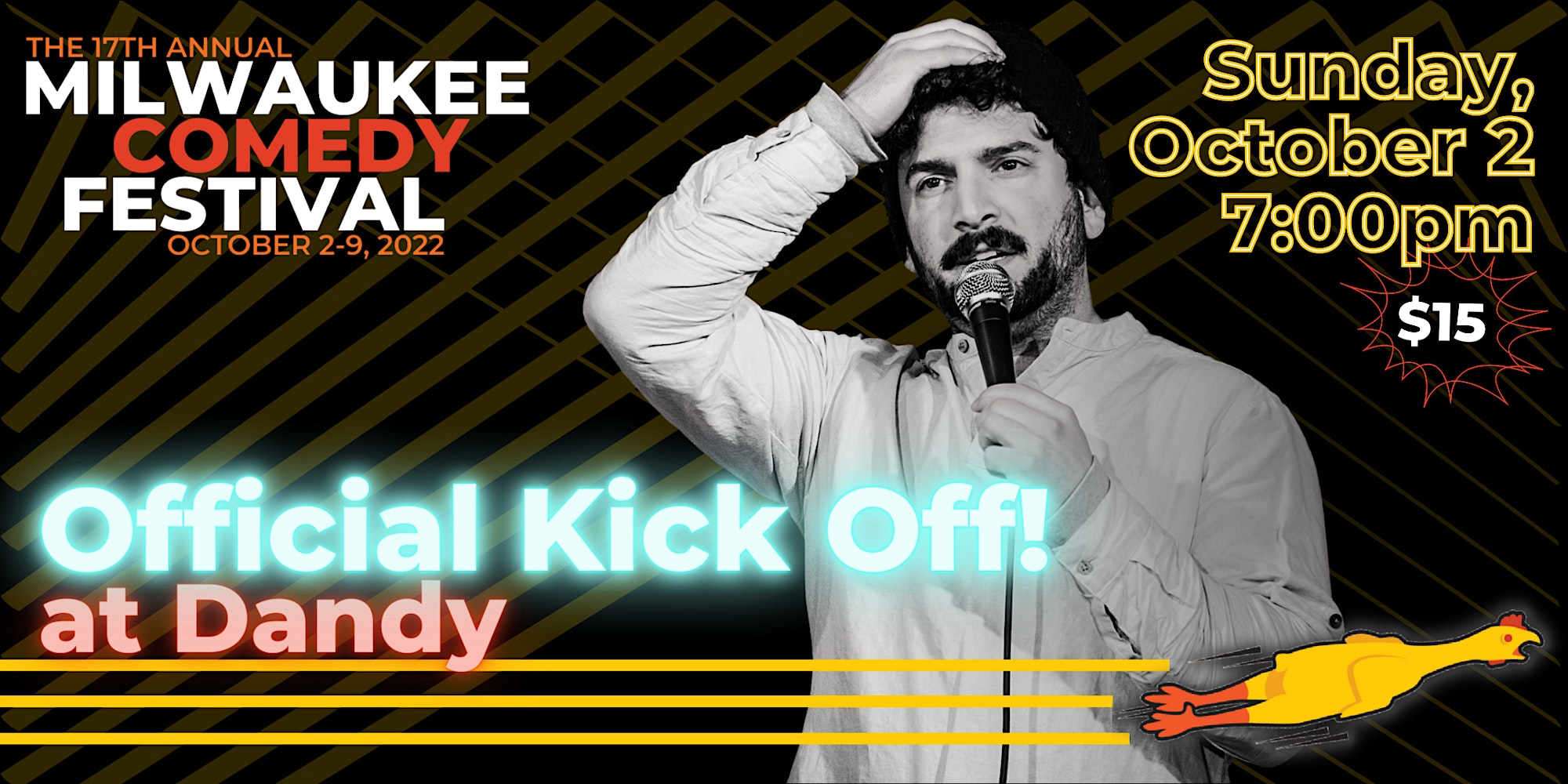 A week full of laughs starts at Dandy with the official MKE Comedy Fest Kick Off show!

Start off the 2022 Milwaukee Comedy Festival in the best way possible – with the official kick off show at Dandy! Featuring a mix of the best stand up and sketch comedy, this show is sure to tickle your funny bone and kick the week of laughs off right! A solid line up of comedy to start things off including host Luise Noé (MKE), Live! From LaCrosse (LaCrosse), Kayla Engeman (Brooklyn, NY), and headliner David Louis (Milwaukee, WI).

Official Comedy Fest Kick Off at Dandy!
Doors and bar open at 6pm, show starts at 7pm.
Tickets are $15. No refunds, exchange only.