Sam Tallent at The Laughing Tap 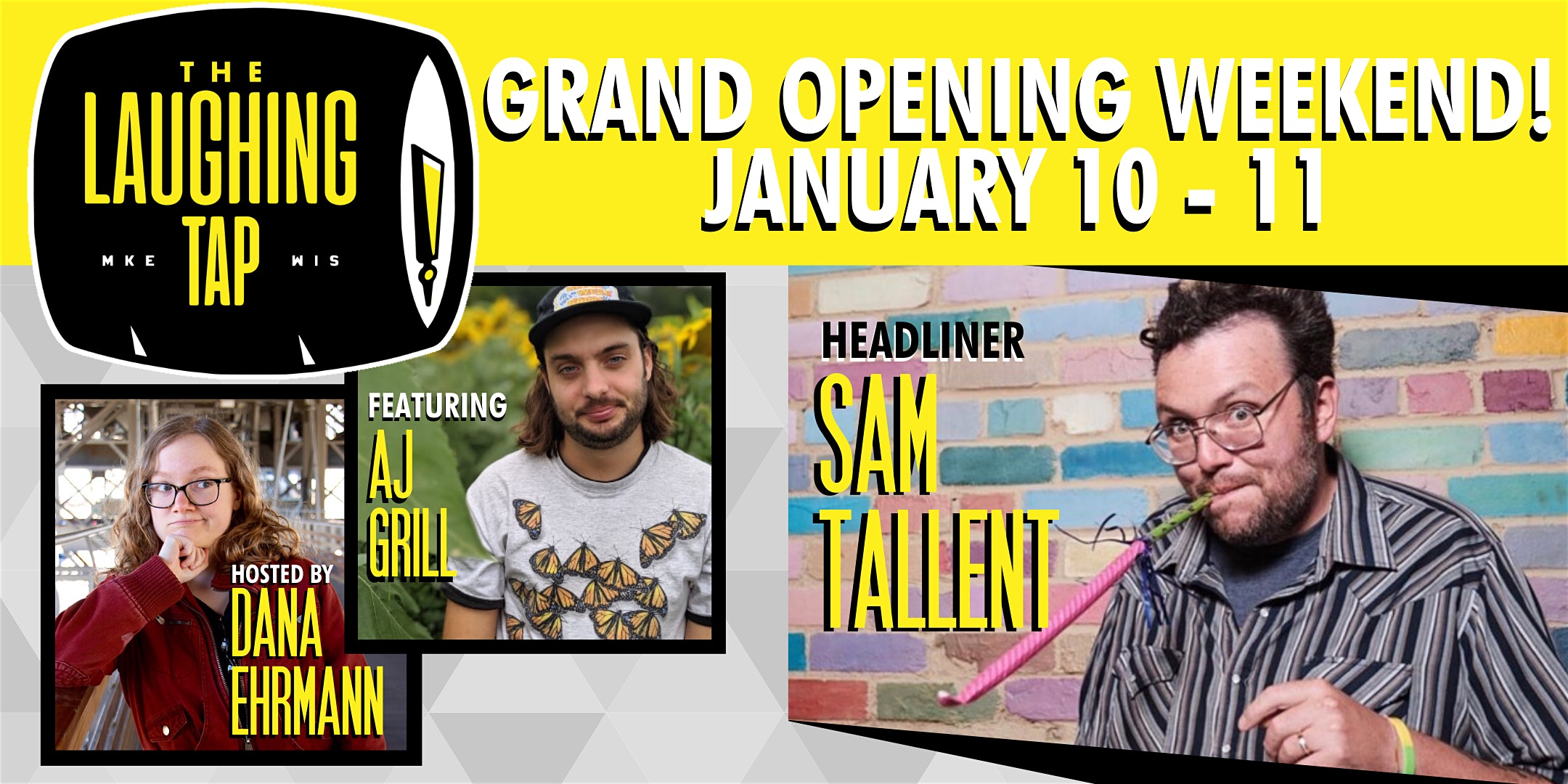 The GRAND OPENING of Milwaukee’s Home for Comedy, The Laughing Tap!

A stellar lineup of comedians will be at The Laughing Tap for its GRAND OPENING weekend! Hilarious comedy! NO drink minimums! January 10 & 11. Shows at 8pm. Doors at 7.

SAM TALLENT: Known for whip-quick wit and rollicking improvisations, Sam Tallent is one of the sharpest, most original rising talents in comedy today. Fresh off his New Faces debut at the prestigious Just For Laughs Comedy Festival, Sam has been called “the absurd voice of a surreal generation” by the Denver Post, and, when not maintaining a “Black Flag esque tour schedule” (Savage Henry Magazine), Sam has worked alongside many of the biggest names in comedy, including Russel Peters, Ron White, Dave Chappelle, Doug Stanhope, Dana Carvey and Hannibal Buress. He recently won his battle on Comedy Central’s Roast Battle, and was seen on VICELAND’s Flophouse as well as the Chris Gethard Show. His writing has been published on VICE.com. His debut novel, “Running the Light”, will be available this fall wherever fine books are sold. He lives in Denver with his wife and dog.

AJ GRLL: AJ Grill is a standup comedian currently residing in Milwaukee, WI. AJ has performed all over the country at clubs, festivals, colleges, and DIY shows. In May 2018 he was featured on Battles in the Belly Room at the world famous Comedy Store. AJ has recently performed on the Memphis, Cape Fear, and Altercation Comedy Festivals. He’s opened for Sean Patton, Eddie Pepitone, and Colin Quinn among many others. AJ’s comedy is a fun mix of honesty, word play, and the occasional rant about soup.

DANA EHRMANN: Dana Ehrmann first tried stand-up comedy as a college student, and has been self-deprecating and discussing sort-of-but-not-quite-adulthood on stage ever since. Based in Milwaukee, she has performed at the Milwaukee, Great Spirit and Floodwater Comedy Festivals, and opened for Todd Barry, Hari Kondabolu, Dan Soder and Charlie Berens. She’s also sorry she hasn’t watched that t.v. show you recommended, but she just has, like, a lot going on right now.