Sarah Perry at The Laughing Tap 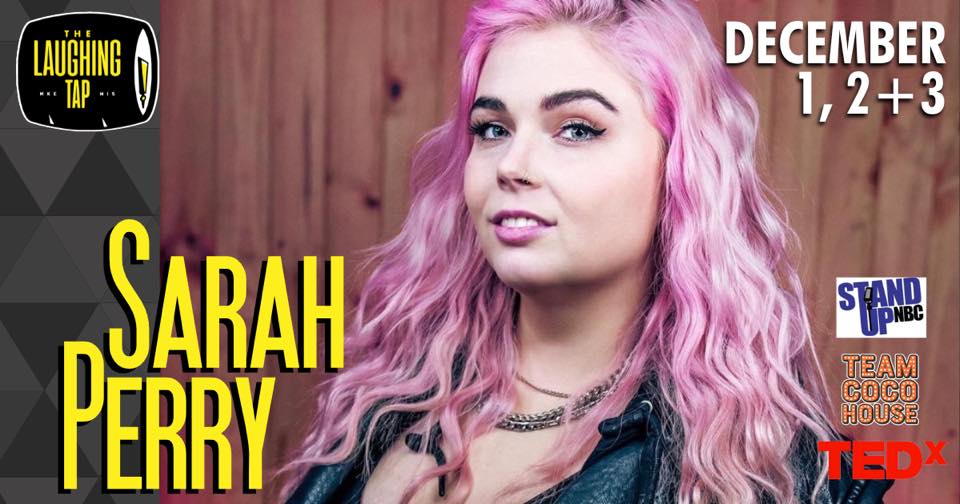 The Laughing Tap is excited to welcome back the very funny Sarah Perry (Team COCO House, Stand Up NBC) for THREE NIGHTS!

Sarah has produced multiple successful shows in Chicago including the Laugh Factory’s Drink Date Laugh on Fridays. She gained Internet attention when Laugh Factory Hollywood posted videos of her stand-up online, racking up a total of over 4.3 million views on Instagram and Youtube. Sarah has also recently lent her writing and acting chops to WGN’s Man Of The People, a late night show hosted by Pat Tomasulo.

Sarah has opened up for Natasha Leggero, Lynne Koplitz, Michael Kosta, Chris Redd, Jeremy Piven, Esther Povitsky and more. She recently performed in The Laughing Skull Comedy Festival in Atlanta, GA in May 2019 and in June 2019 she was named a semi-finalist for StandUp NBC. In November of 2019 she performed a TEDx Talk for her Alma Mater, Columbia College Chicago and in January 2020 she performed at Team Coco House in Chicago.

In March 2021 Sarah was voted Best Stand-Up Comic by The Chicago Reader. That same month, she was featured on the virtual SXSW Festival.

In-person tickets are $20. Seating is limited.
7:30pm show, doors and bar open at 6:30pm
Ticket Sales are Final. No refunds, exchange only.