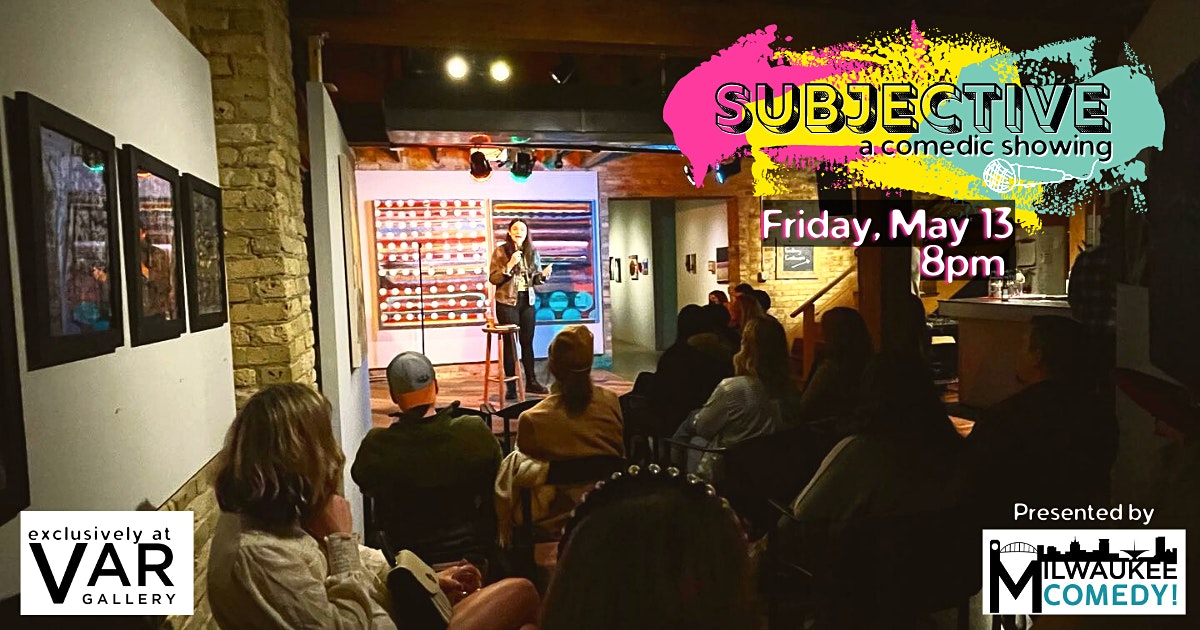 Where comedians and their jokes are on display.
Presented by Milwaukee Comedy.

Every month, four local, regional and nationally-touring comedians bring their jokes to the Var Gallery stage, among curated artwork of all kinds: paintings, sculptures, drawings, iron works, and more. Is their comedy a work of art? Well, that’s Subjective.

Comedic and artistic tastes are subjective. Some people like Bill Burr and Picasso. Others prefer Maria Bamford and Andy Warhol. Milwaukee Comedy and Var Gallery & Studios present Subjective: A Comedic Showing, where the comedians are the artists and their sets, the work of art. Each comic on display will prepare an artist statement and at the close of the show, we’ll take questions and critiques from the audience.