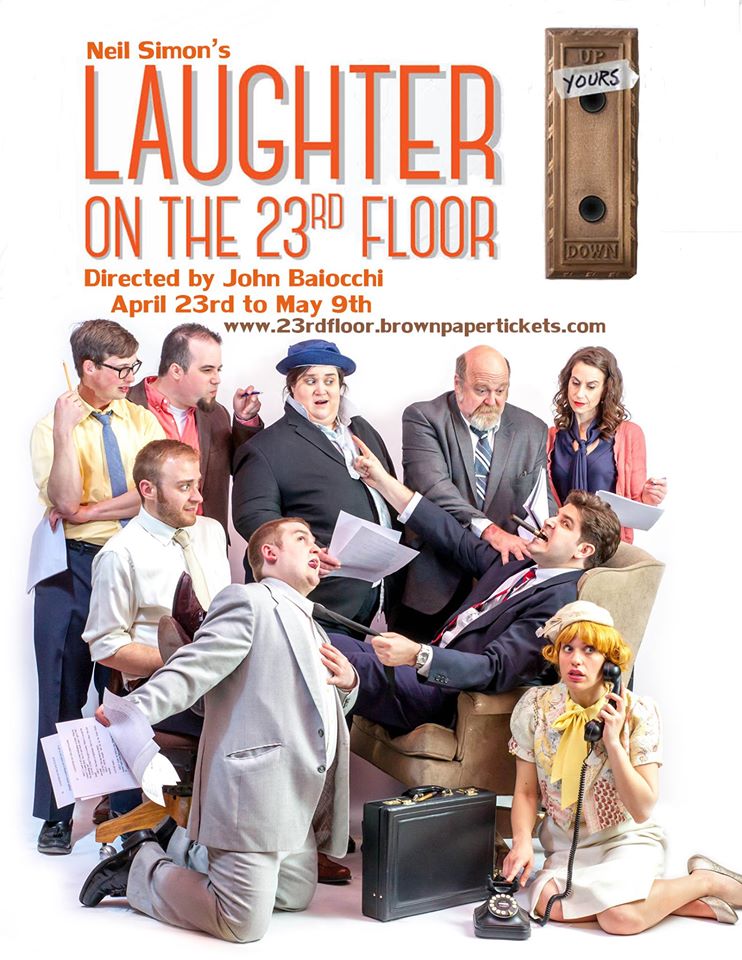 All good things must come to an end, they say.

So we’re sorry to inform you this is the last weekend of Neil Simon’s “Laughter on the 23rd Floor.”

“The talent is certainly not lacking in actress Beth Lewinski, who will be playing the character Milt Fields in drag. Although decisions and changes such as having a woman play a male character’s role, the show still holds fundamental lessons relatable for audiences more than twenty years after its original production.”

“Inspired by the playwright’s youthful experience as a staff writer on Sid Caesar’s Your Show of Shows, with all the attendant comic drama as the harried writing staff frantically scrambles to top each other with gags while competing for the attention of star madman ‘Max Prince.'”

Joining Beth Lewinski in the cast are:

Tickets are $20 and available in advance online.