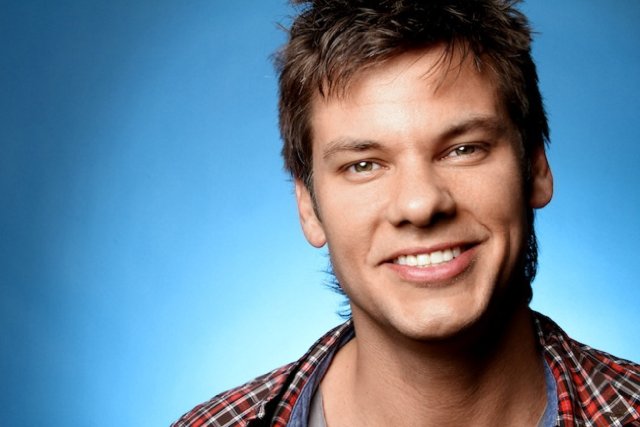 The phrase ‘No Offense’ is usually followed by an insulting statement about a person, place, or an idea which isn’t meant to offend the recipient. Like for an example, no offense, but this library where I’m writing this interview smells terrible.

Well, maybe that’s just a nasal observation. It could even be my own offensive body odor considering there’s no body sitting near me. Sometimes an honest response is what takes the bite out of an offensive remark. especially when it comes from the brain of a talented and honest person like former host of TBS hidden camera show “Deal With It”, Theo Von.

Theo Von has an ability to transform his mischievous and scandalous life into material that leaves you ‘ROTFL’ (rolling on the floor laughing) across those politically correct lines. You can say it has everything to do with his Southern charm mixed with his smile and comedic wit. Although there’s defiantly more rooted in his humor — Von has a genuine way of sharing an honest point of view about subjects that many may feel uncomfortable talking about with strangers. But that’s sort of the comedians job — exposing their vulnerabilities to the audience. The goal for any comedian is creating laughter generated by the material regardless of the context. The base line is that the jokes must be funny (and funny for the widest audience possible).

If you have never gotten a chance to see Theo perform live then you’ve got a chance to check out his new Netflix special, No Offense, which is now streaming (as of February 26th 2016) in the comfort of your own home or mobile device. So don’t hold any of your laughter back. It may be entirely impossible. (and check out his tour schedule to see when he’s performing)

Milwaukee Comedy: You chose to tape your special, No Offense, in Louisiana–what prompted you to record in your home state?

Theo Von: Home is where I came from. It’s where my humor came from. I’m nothing without those people’s support and influence.

MC: Can you give a little snippet of a day in the life of young Theo Von? What was one of your most memorable moments in childhood?

TV: Burying animals that had died on the highway on Saturdays.

MC: Why did you do that?

TV: We buried ’em because they was dead. 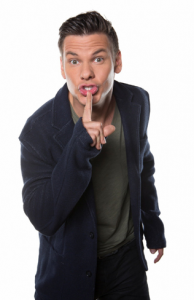 MC: When did you decide to move to Hollywood? How long had you been doing stand up comedy at the time?

TV: I’d done a few open mics, but hadn’t really gotten into it.

MC: How did Hollywood change your attitude about comedy?

TV: It turned it from a hobby into a business.

MC: What drove you to continue to do stand up once you arrived in Hollywood?

TV: It’s all I had. I haven’t been in a relationship in 8 years. But the stage is always there. That’s my lady.

MC: What has been the most challenging thing about creating a live special?

TV: Everything. I’m excited about it. It’s alot of hard work to do comedy to set up a special to shoot it to get it to air. It’s more uphill than anything I’ve ever experienced.

MC: What sort of material are you going to be tackling in the special–with a title of No Offense can it be assumed you’ll be talking about controversial subjects?

TV: Gays. Blacks. Whites. Indians. Money. Thugs. Persians. Everyone’s comedy is their own. There is no ‘right way’ to do comedy. There are some people that call themselves ‘Alt’ comics, but that doesn’t mean anything. In the end, we are all unique and trying to survive in a pretty crowded industry.

MC: What sort of advantages and/or freedoms do you have creating a special with Netflix?

TV: It’s the best because it’s fucking Netflix. They are the best.

Since Milwaukee Comedy is a resource for individuals who are comedy lovers and aspiring performers we like to ask a few questions which may help inspire and educate them for a life in comedy.

MC: What do you think are the most important qualities of a comedian?

TV: Just be yourself. Whatever your qualities are.

MC: What do you think your best qualities are as a comedian?

TV: I’m a very considerate person. On and off stage.

MC: What sort of advice would you give a comedian who just walked off stage after a bad set?

MC: What sort of goals should a comedian set for themselves? How did you set goals and challenge yourself as a rising comedian?

TV: Most comedians are lazy. Its our nature. Try to be less lazy.

MC: What has been some of the best advice you’ve received which has helped push you forward?

TV: Best advice, don’t take any advice. Do you. Fate will have it’s way.