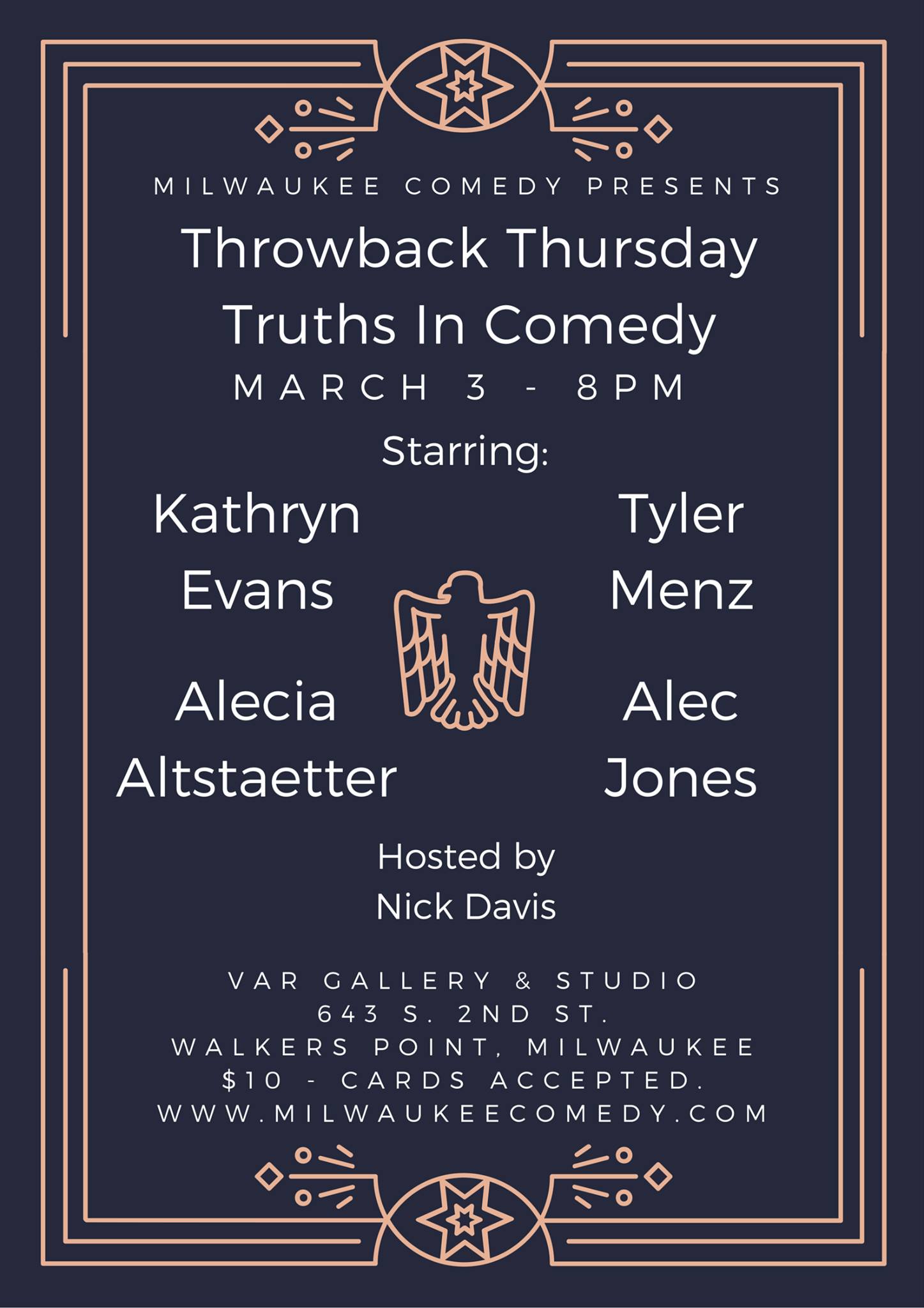 If you have spent any time on social media, you are likely familiar with the idea of Throwback Thursday: post a photo or video from a while ago – like a childhood photo or your high school yearbook listing you as “Most Likely to Live Alone”.

The comedy scene has taken this concept to the stage with Throwback Thursday – Truths in Comedy, a stand up show that presents great comedians telling true, funny stories from their lives instead of telling their jokes. Throw in an intimate setting at a cool gallery in Walker’s Point (Var Gallery) and you have one of the most unique comedy shows in town!

From the web…
Your star storytellers: We’ve got a great line up for you with the best in the Midwest! They will be telling stories of yesterday and yesteryear. Come and enjoy a night surrounded by the art on the walls and the art on the stage. We call it “Truths In Comedy”, because we want to connect with you and the best way to do it is with honesty, all while providing with fantastic entertainment! And as always we are at Var Gallery and Studio in Walker’s Point!

The show is only $10 (Debit & Credit Cards Accepted) at the door and Var Gallery has a great selection of beer and wine to enjoy during the show!