Hannibal Buress, one of New York’s (and the nation’s) most celebrated emerging comics is coming to Milwaukee and will be headlining three nights at JD’s Comedy Cafe, March 18-20. 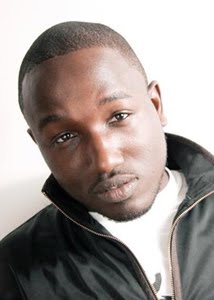 Cool, confident and intelligent, comedian Hannibal Buress has earned both the honor of performing at the Montreal “Just For Laughs” Festival and the well-earned respect of his peers, who regard him as one of the brightest young talents to emerge from the city of Chicago. A natural storyteller who can captivate a room with his words alone, Hannibal generates huge laughs with the laidback, quirky observations that have become his trademark style.

In addition to performing at clubs and colleges around the country, including regular appearances at respected New York City venues, Hannibal is one of the featured subjects in director Victor Varnado’s documentary about unconventional black comedians, “The Awkward Kings of Comedy.” His
as-yet-untitled debut CD, recently recorded at The Lakeshore Theater in Chicago, will be released by Grammy Award-winning Stand Up! Records.